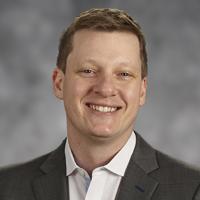 Quotes:
"The U.N. Secretary-General has been working behind the scenes to galvanize greater climate change ambition. The U.N. Climate Action Summit culminates this work, and will reveal new, tangible commitments from major countries, cities, businesses and varied coalitions to reduce emissions and respond to climate impacts," says Jackson Ewing, a senior fellow at Duke University’s Nicholas Institute for Environmental Policy Solutions who will be attending the summit.

"The summit seeks to accelerate negotiations within the U.N. Framework Convention on Climate Change, where the details of how to respond to climate change are ploddingly ironed out.”

"The summit's success hinges on the character of the commitments put forth and the less-public efforts of practitioners meeting on the sidelines to strategize on how to take them forward. For months, Secretary-General Guterres has called on global leaders to bring 'plans,' not 'speeches' with them to New York. Next week, the world will see if they've listened."

Note to broadcast editors: Duke provides an on-campus satellite uplink facility for live or pre-recorded television interviews, as well as a digital studio for interviews by Skype or YouTube Live. We are also equipped with ISDN connectivity for radio interviews. These services are usually available during normal business hours and, with enough advance notice, after-hours and on weekends. Broadcast reporters should contact Jeremy Ashton to arrange an interview.