In March, governments around the world instituted a wave of lockdowns in an attempt to contain the growing COVID-19 pandemic. As people traveled less, daily global greenhouse gas emissions notably declined, and cities long blanketed by air pollution suddenly offered their residents clear views—if only temporarily in both cases.

The likely emergence of the novel coronavirus from bats sparked discussions in the scientific community about ways to prevent future pandemics. One analysis by an international team of scientists and economists, led by researchers from Princeton and Duke universities, estimated that as little as $22 billion a year invested in programs to curb wildlife trafficking and reduce deforestation could significantly reduce the risk of other viruses crossing over from the natural world to humans.

While the human toll of the pandemic has rightly captured the bulk of the public’s attention, these examples illustrate how profoundly the environment, energy consumption, and the policies around both have been affected in 2020.

Duke University’s Nicholas Institute for Environmental Policy Solutions is applying the expertise of its professionals to rapidly evolving environmental and energy issues related to the pandemic. The Nicholas Institute has adapted existing research to these issues, while new areas of study have emerged. Through the “Policy in the Pandemic” email series, they have also analyzed short- and long-term trends in the environmental and energy policy space during the pandemic.

What follows are four stories about how Nicholas Institute projects are meeting the moment. How resources to develop sustainable infrastructure can be applied to help make the global economic recovery greener. How environmental health data is being analyzed to determine whether housing security policies to ease the economic burden on Americans are also reducing infection rates. How stay-at-home orders and more people working remotely in U.S. cities are affecting water use. And how improving access to parks in the Southeast is critical to people’s physical and mental health during the pandemic. 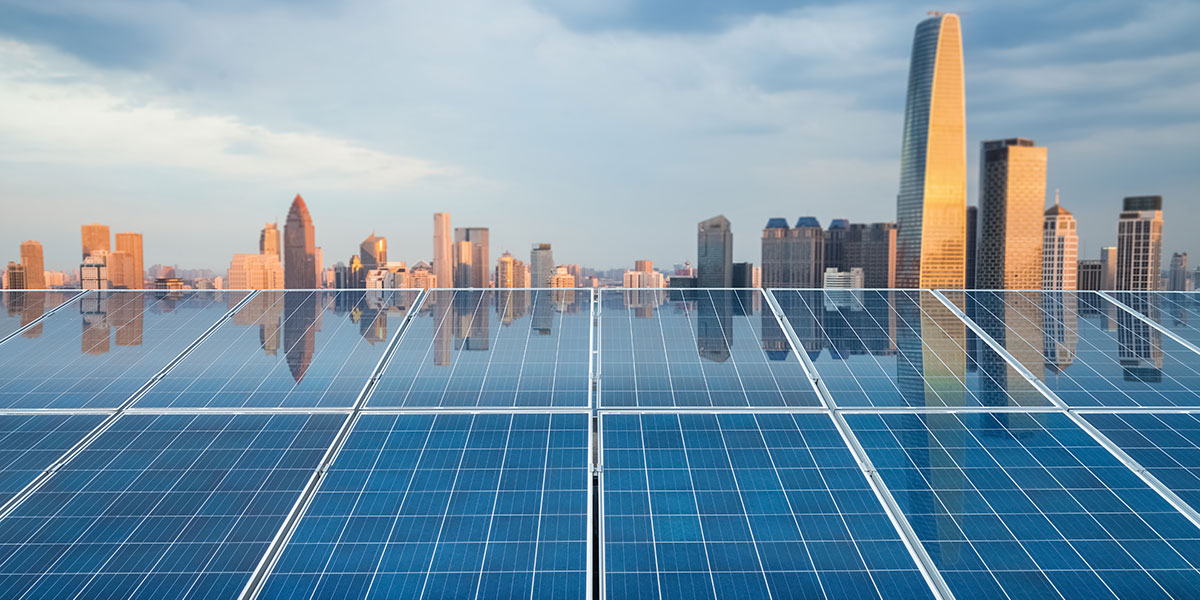 Charting a Course for a Green Recovery

As the novel coronavirus made its way around the world, economic recession followed. The social distancing measures necessary to slow the spread of the pandemic brought entire sectors of the global economy to a halt and left millions out of work.

With an eye toward jump-starting their economies under safer conditions in the future, countries around the world are pledging funding for a tried and true form of stimulus—infrastructure projects. A lingering question, though, is whether those recovery efforts will be brown or green. So far, most countries appear to be following a business-as-usual approach.

The Sustainable Infrastructure Partnership (SIP), a coalition of organizations that includes the Nicholas Institute, is trying to steer the global recovery in a direction that is more sustainable—economically, socially, environmentally, and institutionally. Nicholas Institute senior fellow Elizabeth Losos has been among the leaders of the effort, applying her work on sustainable infrastructure for China’s Belt and Road Initiative.

Large-scale infrastructure projects will last for decades and will largely determine whether society is able to make progress toward its sustainable development and climate goals.
– Elizabeth Losos, Nicholas Institute for Environmental Policy Solutions

In June, SIP released a set of 10 principles for how infrastructure investments under recovery packages can be more sustainable and resilient. The document encourages countries to make decisions on infrastructure spending based on strategic planning aligned with the U.N.'s 2030 Agenda for Sustainable Development and the Paris Climate Agreement. Other principles call for steps to avoid future crises, quickly boost employment, protect ecosystems and biodiversity, and bring wider benefits to communities.

In order to move forward in a sustainable way, government agencies responsible for planning, financing, and building infrastructure need access to the right policies, programs, tools, and other resources.

To help meet that challenge, a group of 19 organizations, led by the Nicholas Institute and the U.N. Environment Programme, unveiled a proposal in early August to create the Sustainable Infrastructure Community of Learners (SI-CoL). This virtual community would connect experts developing sustainable infrastructure resources with the agencies that are utilizing them to share information, experiences, and tools. The ultimate goal is to expand governments’ capacity to “build back better” as many leaders have called for.

“The urgency is enormous,” Losos said. “Large-scale infrastructure projects will last for decades and will largely determine whether society is able to make progress toward its sustainable development and climate goals.” 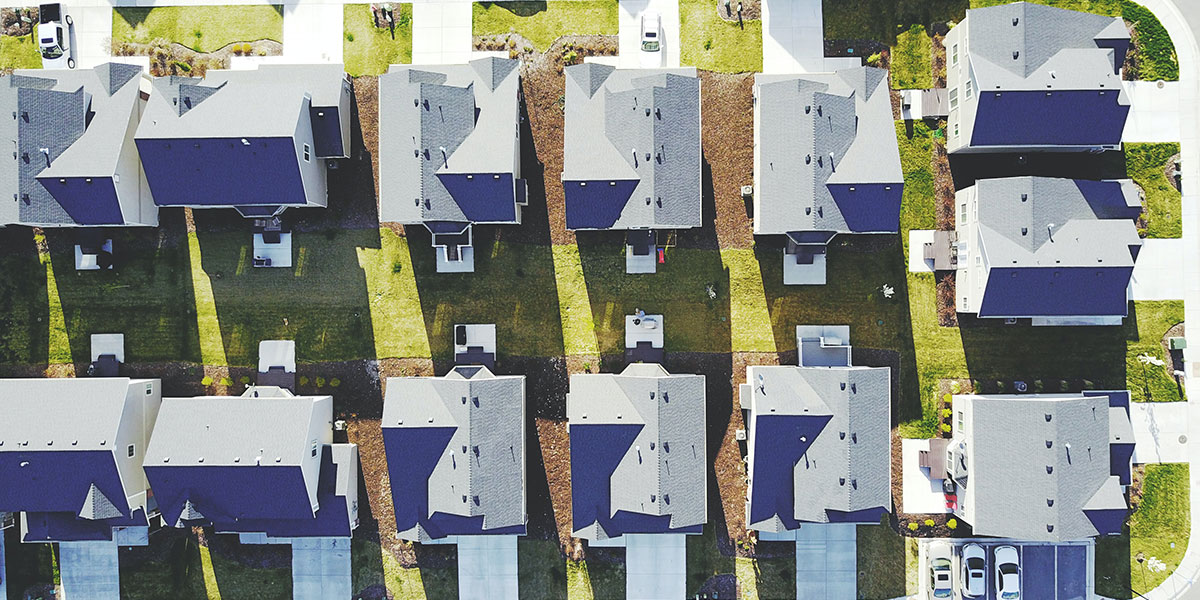 Beginning in the spring, state and local governments, businesses, and institutions across the United States instituted extraordinary health measures in an attempt to “flatten the curve” of the COVID-19 pandemic. The necessary public health response spawned an economic crisis that created financial hardships for many Americans who needed to cover their housing and utility costs.

To ease that burden, many jurisdictions moved quickly to provide some relief to people who lost jobs or suddenly saw their incomes cut. The federal CARES Act, signed into law in March, placed a 120-day moratorium on evictions for properties that participate in government programs or that have a federally backed mortgage loan. State and local governments implemented their own policies to temporarily halt evictions and keep electric and water services running for customers who could not pay their bills.

These protections appeared to have the intended economic effect of helping to keep people in their homes. An interdisciplinary team of Duke researchers sought to find out whether they might also have role in reducing infection rates of the novel coronavirus.

The team was comprised of Kay Jowers, senior policy associate with the Nicholas Institute’s State Policy Program; Christopher Timmins, professor in the Duke Department of Economics; Nrupen Bhavsar, assistant professor in medicine at Duke University School of Medicine; and students working with the Environmental Justice Lab that Jowers and Timmins lead. This same group gained access to a wealth of environmental health datasets through a 2019–2010 Catalyst Program grant awarded by the Nicholas Institute. For that project, the datasets are being used to evaluate approaches to addressing long-term changes in health outcomes as a result of environmental factors within Durham neighborhoods.

As the impacts of COVID-19 grew in the United States, the researchers turned their attention to applying the datasets to the pandemic, starting with the housing security policies. In June, they released a preliminary analysis for the "Policy in the Pandemic” series. Their modeling showed that the CARES Act and eviction and utility shutoff moratoria significantly reduced daily infection growth rates from March 1 to May 31 compared to a simulated growth rate without those policies in place.

The research team is further refining its modeling for a more detailed report on its findings. That could prove to be timely as Congress debates reinstituting the now-expired protections in the CARES Act and many state and local governments weigh extending their own moratoria. 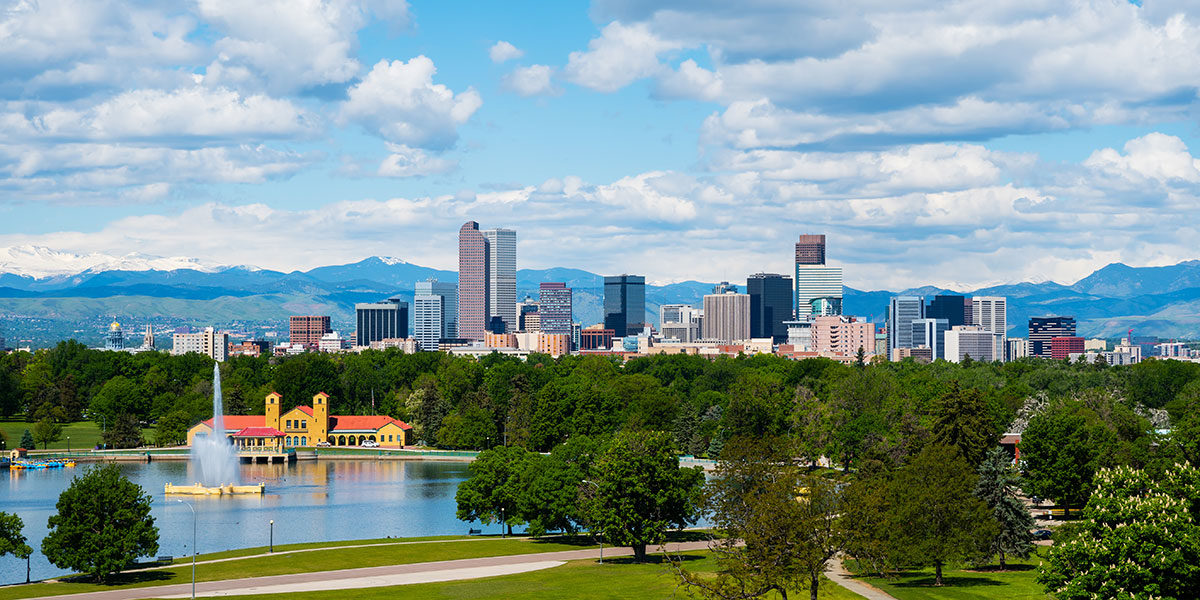 The COVID-19 pandemic is making unexpected waves in municipal water utilities according to an ongoing study by the Nicholas Institute's Water Policy Program and Raftelis Financial Consulting. The research, led by Martin Doyle, director of the Water Policy Program and professor at the Nicholas School of the Environment, Lauren Patterson, senior water policy associate, and PhD student Erika Smull, explores the impact of the pandemic on water demand and utility revenues.

Curious how shutdowns were affecting water use in cities, Doyle, Patterson, and Smull compared water use and revenue during the pandemic to data from previous years. They expected that, because more people were staying home, water consumption would be higher than normal for households and lower for businesses.

Understanding patterns of demand is critical for water utility operations and finances, as reductions in water use mean lost revenue for utilities.

“A recent study by Raftelis and AWWA estimated the financial impact of COVID on the drinking water industry to be somewhere in the neighborhood of $10 billion; my guess is that this is quite conservative,” wrote Doyle in a “Policy in the Pandemic” piece.

As pandemic hotspots shift and some states ease restrictions, only some of the utilities in the study are seeing recovery in water consumption and therefore, revenue.

“Each utility experience appears to be affected by many factors including climate and local, state, and federal policies associated with the pandemic,” explained a blog post by the team on Raftelis’ website.

Of course, it’s too soon to say definitively what the long-term outcome of COVID will be on municipal water companies, yet the trends emerging from this research tell a cautionary tale about the fragility of municipal utilities in the United States. 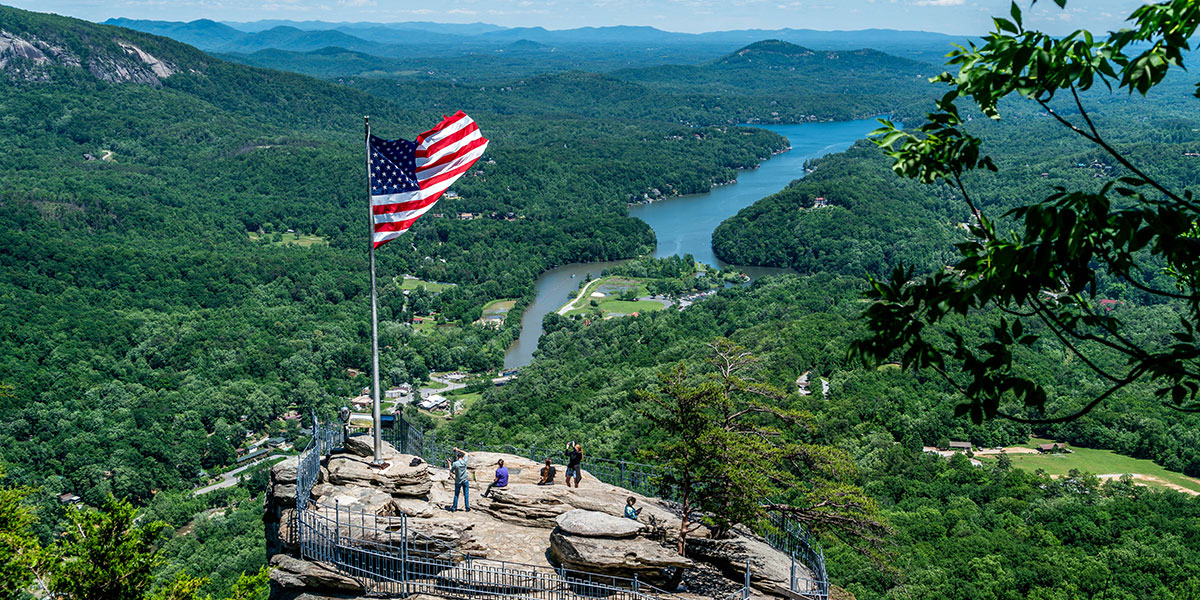 Parks in a Time of Pandemic

The stay-at-home and social distancing orders that Americans faced this spring led many to turn to parks for their mental and physical health. The Trust for Public Land reported that local, state, and national parks experienced surges in visitation, sometimes increasing by more than 150 percent.

With gyms closed and stress high during the pandemic, parks and open spaces can provide low-risk opportunities for exercise and stress reduction. Parks with more natural land, such as forests and wetlands, provide a range of other benefits, including helping to filter water, increasing water storage, reducing flooding, providing habitat for wildlife and pollinators, and storing carbon.

Because people more frequently use parks near their homes, location matters to determine who is likely to benefit from these places. Analysis by Katie Warnell, a policy associate in the Nicholas Institute’s Ecosystem Services Program, found that across the southeastern U.S., about 40.5 million people live more than a half-mile from a park. Of these, 5.6 million people live more than three miles from the nearest park, and 122,000 people more than 10 miles away.

The data raise issues about how equitably parks are distributed in the Southeast. Counties where a higher proportion of residents live more than a half-mile from parks tend to have lower income and education levels than counties with better access. These counties also have higher proportions of people with disabilities and seniors.

Previous research shows that communities farther from parks are less physically active and have greater exposure to air pollution that may cause respiratory illnesses, such as childhood asthma. Areas with few parks also have higher temperatures due to a lack of green space that cools the air.  Even in areas with high park access, minority and low-income communities tend to see discrepancies in amenities, maintenance, and safety compared to parks in more affluent areas.  Recent analysis by the Trust for Public Land found that parks in low-income and minority neighborhoods are smaller and more crowded than parks in higher-income and majority white areas.

If recent history is a guide, parks could face a lack of local investment as governments deal with the COVID-induced economic downturn. Despite their numerous public benefits, spending on parks and recreation was cut more than other public services as cities and counties tightened budgets during the Great Recession.

On a positive note, public lands are getting a boost on the federal level. The Great American Outdoors Act, signed into law in August, provides funding for federal lands that will mostly be used to address a backlog of recreational infrastructure maintenance. The law also provides $900 million a year for the Land and Water Conservation Fund to pay for federal land management and grants to states and local governments for land acquisition for recreation and conservation.

“This is a good example of bipartisan federal investment in parks, and there’s some indication that the current economic context as well as increased appreciation of parks helped to get it through Congress,” said Lydia Olander, director of the Ecosystem Services Program.

Professor, Department of Economics and Nicholas School of the Environment