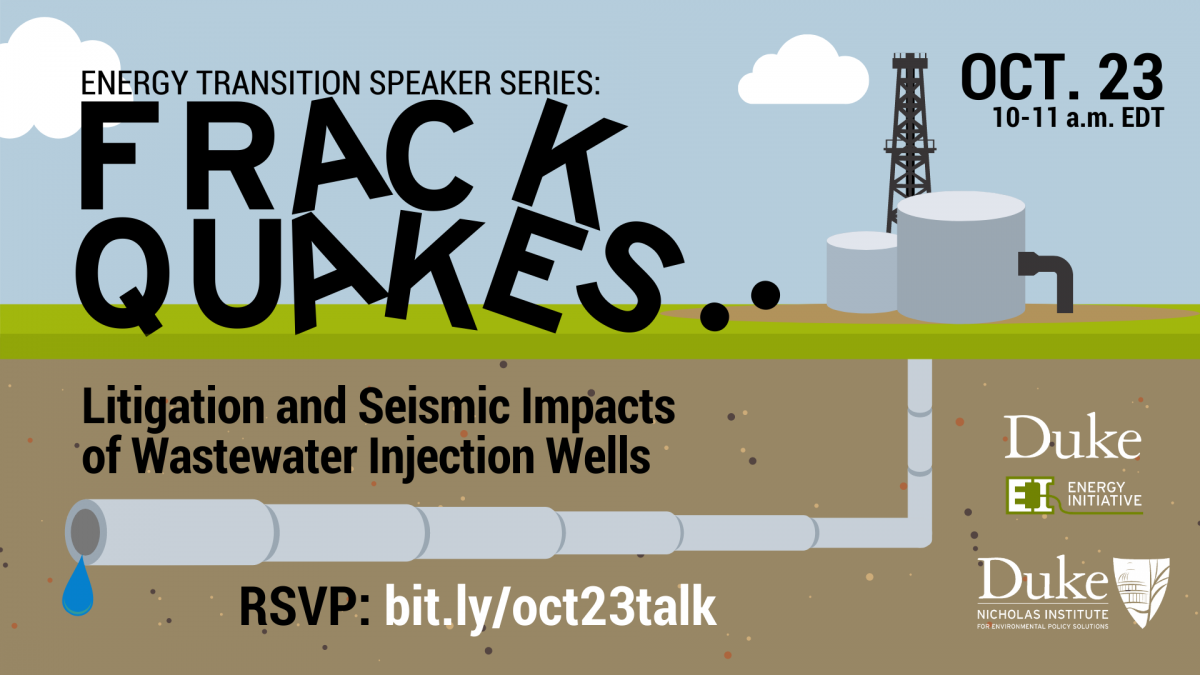 Scott Poynter (Poynter Law Group, Little Rock, AR) will offer a history of the novel litigation theories and processes involving earthquakes created by wastewater disposal processes from oil and gas operations, including fracking. Poynter—the legal pioneer responsible for most of the relevant lawsuits to date—will discuss actions filed in Arkansas centered around the Guy-Greenbrier Earthquake Swarm, as well as more recent cases, appeals, and settlements reached in Oklahoma, the nation’s most seismically active state. His talk will be followed by a Q&A session.

This event is part of the Energy Transition Seminar Series organized by the Duke University Energy Initiative and Nicholas Institute for Environmental Policy Solutions.

Scott Poynter is a partner at Poynter Law Group in Little Rock, Arkansas. He began his practice in 1990 in the U.S. Air Force as a Judge Advocate General. After leaving active duty, Poynter was a partner at a national class action law firm, which focused on representing investors. He also continued his military career in the Arkansas Air National Guard, where he attained the rank of Major.

At Poynter Law Group, he serves farmers, homeowners, banks, physicians, medical facilities, consumers, and investors with complex legal issues. A leader in induced seismicity litigation, he has represented homeowners in central Arkansas and in Oklahoma in high-profile cases that have freed the way for additional litigation and attracted national media attention.

Poynter earned a juris doctorate from the University of Arkansas School of Law and bachelor’s degree in accounting from Arkansas Tech University.

Check out his full bio here.

This gathering is in compliance with our understanding of the requirements and restrictions of the North Carolina Ethics Act and Lobbying Law, NCGS §138A-32(e).