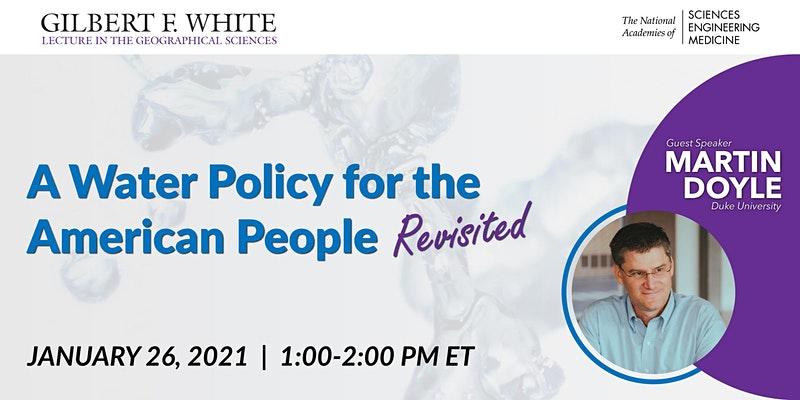 Water Policy Program Director Martin Doyle will present, "A Water Policy for the American People Revisited" as the Gilbert F. White Lecture in the Geographical Sciences on January 26.

In 1950, Gilbert White led the President’s Water Resources Policy Commission, identifying a set of grand water challenges facing the nation. Over the intervening 70 years, the US has been transformed technically, economically, and socially, yet many of the visions by White and the Commission were prescient: many recommendations were implemented, others ignored, and some only now being recognized and appreciated. As importantly, new water issues have emerged which challenge communities, regions, and the nation. This lecture will revisit the context of the 1950 report, along with the trends and events of the intervening seven decades. But it will also look at the present reality of water in America and identify some of the water policy issues most pressing for the coming decade. Finally, it will explore the need and potential for a new era of engaged science in formulating A New Water Policy for the American People.