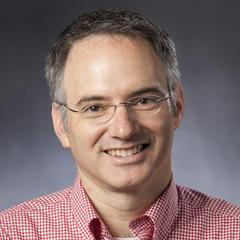 Billy Pizer is Vice President for Research and Policy Engagement at RFF. Previously, he was the Susan B. King Professor at the Sanford School of Public Policy, Duke University. He is also a Research Associate at the National Bureau of Economic Research. His past and current research examines how we value the future benefits of climate change mitigation, how environmental regulation and climate policy can affect production costs and competitiveness, and how the design of market-based environmental policies can address the needs of different stakeholders. Most recently, he has been examining the potential role of solar radiation management (injection of aerosols in the stratosphere) in climate change policy, in addition to mitigation and adaptation. He is currently a member of the NASEM Committee on Accelerating Decarbonization in the United States.

He was actively involved in creation of an environmental program at Duke Kunshan University in China, a collaborative venture between Duke University, Wuhan University, and the city of Kunshan. He recently served as Associate Dean for Academic Programs and Senior Associate Dean for Faculty and Research at the Sanford School. From 2008 to 2011, he was Deputy Assistant Secretary for Environment and Energy at the U.S. Department of the Treasury, overseeing Treasury’s role in the domestic and international environment and energy agenda of the United States. Prior to that, he was a researcher at Resources for the Future for more than a decade. He has written more than sixty peer-reviewed publications, books, and articles, and holds a PhD and MA in economics from Harvard University and BS in physics from the University of North Carolina at Chapel Hill.