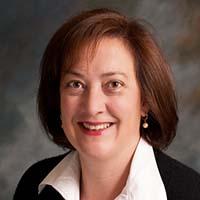 Diane Regas is President and CEO at the Trust for Public Land.

Before joining the Trust for Public Land, Regas was the Executive Director of the Environmental Defense Fund (EDF), where she was responsible for developing EDF's overall strategy, as well as driving and delivering on the organization's vision. During Regas’s tenure at EDF, she led the organization’s Oceans program as it successfully worked to reverse commercial overfishing of such key U.S. species as Gulf Red Snapper. As executive director since 2015, she helped build EDF‘s international operations, promoted its growth in diversity and inclusion, and developed an ambitious new strategy to address global climate change.

Previously, as a leader at the U.S. Environmental Protection Agency under both Democratic and Republican administrations, she served as the top civil servant protecting our nation’s water, rivers, lakes and bays.