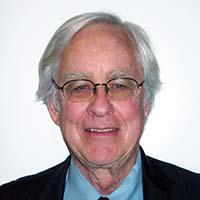 Edward M. Norton serves as a senior advisor on environment to TPG Capital, L.P. In that role, he works with TPG portfolio companies to develop strategies for reducing costs, environmental impact, and associated risks through energy efficiency and waste reduction, and to seize competitive advantage, increase revenue, and enhance value through environmental innovation. Norton also participates in TPG’s investment review process for new investments and works with the TPG’s growth fund to identify investments in renewable energy and clean technology companies. He graduated with a bachelor's degree in european history from Washington & Lee University, attended Columbia University’s Russian Institute as a Woodrow Wilson Scholar, and received his J.D. from Harvard Law School.

After practicing law in Baltimore, Maryland, Norton served as an assistant attorney general of Maryland, an assistant United States attorney, and special counsel to The Wilderness Society. He is the founding president of the Grand Canyon Trust, and founding chairman of the Board of Directors of the Rails-To-Trails Conservancy and the Vietnam Veterans Reconciliation Project, and Vice President for Law and Public Policy of the National Trust for Historic Preservation.