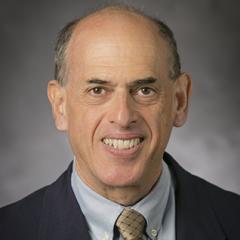 Gordon Binder is a senior fellow (non-resident) at Duke University's Nicholas Institute for Environmental Policy Solutions. He also serves as a senior fellow at the World Wildlife Fund (WWF) in Washington, DC. At WWF, Binder has worked on a variety of projects, including a communications audit and an effort to refine terms of reference for the National Council.

Previously, Binder served as chief of staff to U.S. Environmental Protection Agency Administrator William Reilly under President George H.W. Bush, where he was responsible for a range of activities in support of the administrator. Binder continues to work closely with former EPA Administrator William Reilly. From 1996 to 2006, Binder worked for Aqua International Partners, a private equity investment fund in the water sector in developing countries organized by Reilly. From 1974 to 1989, Binder was assistant to the president at The Conservation Foundation and WWF, which he joined in 1985. Prior to this, he worked at the Rockefeller Brothers Fund Task Force on Land Use and Urban Growth, which produced the 1973 report, The Use of Land:  A Citizens' Policy Guide to Urban Growth, still considered one of the seminal reports on the subject.

He serves as a consultant to  the Aspen Institute’s Congressional Program, the National Environmental Education Foundation, Partners for Livable Communities, and the Outdoor Resources Review Group. Binder also served as an expert advisor to the National Commission on the BP Deepwater Oil Spill, responsible for coordinating many facets of the final report release, and as a consultant to the American Farmland Trust's program to protect agricultural lands in rapidly growing communities.

Binder holds architecture degrees from the University of Michigan and was a Loeb Fellow in Advanced Environmental Studies at Harvard University during 1979-80.

Search for more from Gordon Binder →