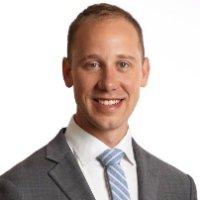 Mark Laabs currently serves as Managing Director of Modern Energy, a private equity firm that invests in distributed energy businesses. He also serves as Chairman of Faro Energy, a Latin American solar finance company, and of the Rare Cancer Research Foundation, which seeks to accelerate innovation in cancer research.

Previously, Laabs served as Chief Operating Officer of Soligent Holdings Inc, the largest solar distributor in the Americas. He also helped to build and later sold Climate Bridge, a clean energy finance company and one of the largest players in the global carbon markets with offices in Europe, Asia, and Oceania. He also served as a consultant at McKinsey & Company, where he worked from the Atlanta, San Francisco, and London offices.

Laabs has contributed to the work of a large number of social mission organizations including the Paradigm Fellowship, Nourish International, StartingBloc, Slow Food Shanghai, Serial Suppers, and SEEDS. He is an advocate of social enterprise and has spoken on the topic at institutions including Oxford, London Business School, Tufts University, and CEIBS.

Laabs graduated as a Robertson Scholar from the University of North Carolina at Chapel Hill and Duke University with a dual degree in international studies and the dynamics of social change.