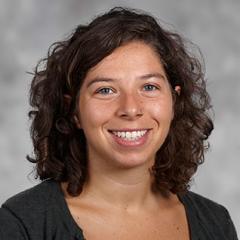 Rachel joined the Nicholas Institute as a Policy Associate in January 2019 and works for both Oceans and Coastal Policy and Ecosystem Services Programs. Rachel’s work focuses on the global plastics policy landscape, socioeconomic outcomes of coastal restoration, equity in environmental management, and STEM outreach. Prior to joining the Nicholas Institute, she worked for the Environmental Defense Fund and the Nicholas School of the Environment, focusing on fisheries management. Rachel received her Master’s degree in Environmental Management from Duke’s Nicholas School of the Environment and her Bachelor’s degree from New York University. Her Master’s research was on seafood access in food deserts in North Carolina.

The documentary John Lewis: Good Trouble.  Released shortly after Lewis’ death, this documentary retells the seldom taught history of John Lewis, who displayed exemplary moral courage and sacrifice, starting from giving sermons to his chickens, to participating in non-violent protest,  to speaking in the March on Washington, and ascending to a house representative for Georgia. Did you know: John Lewis was always a fierce champion for strong environmental protections, as he deeply understood the link between social, racial, and environmental justice?

All of Rachel's publications

Search for more from Rachel Karasik →