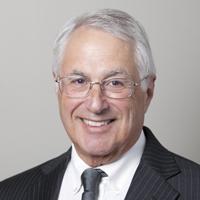 Rosenberg’s career includes 13 years in the public sector, responsibility for three state agencies and two federal regulatory programs, and 25 years as businessman and lawyer. He has held a broad range of positions in law, housing development, finance, utility, energy, environmental protection, telecommunications, and venture capital. He is known for his entrepreneurial approach at the interface of business and government.

Rosenberg’s board memberships include the Advisory Board of the National Parks Conservation Association (since 2000), the USEPA Clean Air Act Advisory Committee (since 1993), and the Board of the Center for Clean Air Policy (since 1995). He was Senior Fellow at Center for Business and Government with joint appointment at the Belfer Center for Science and International Affairs, John F. Kennedy School of Government, Harvard University, 2003-10.