This content is excerpted from the GEMS Phase I Report: Oyster Reef Restoration.

The general ecosystem service logic model (ESLM) was developed through a multi-step process with input from oyster restoration experts and local stakeholders. The general model includes all potential dominant outcomes – meaning that the effect on the outcome from oyster reef restoration is expected to be large, tightly linked to oyster reef restoration, and important to the local community. We identified dominant outcomes through a combination of online surveys distributed to oyster restoration experts, discussions with stakeholders at workshops in each of the five focal estuaries, structured phone interviews with additional stakeholders, and literature review to compile the evidence library. The model shown here differs from the model used to identify dominant outcomes at the local workshops because it reflects updates from phone interviews and literature review conducted after the workshops. The technique-specific ecosystem service logic models were based on an older version of the general model, so they do not reflect the updates in the general model shown above. They will be updated to match the final version of the general model. 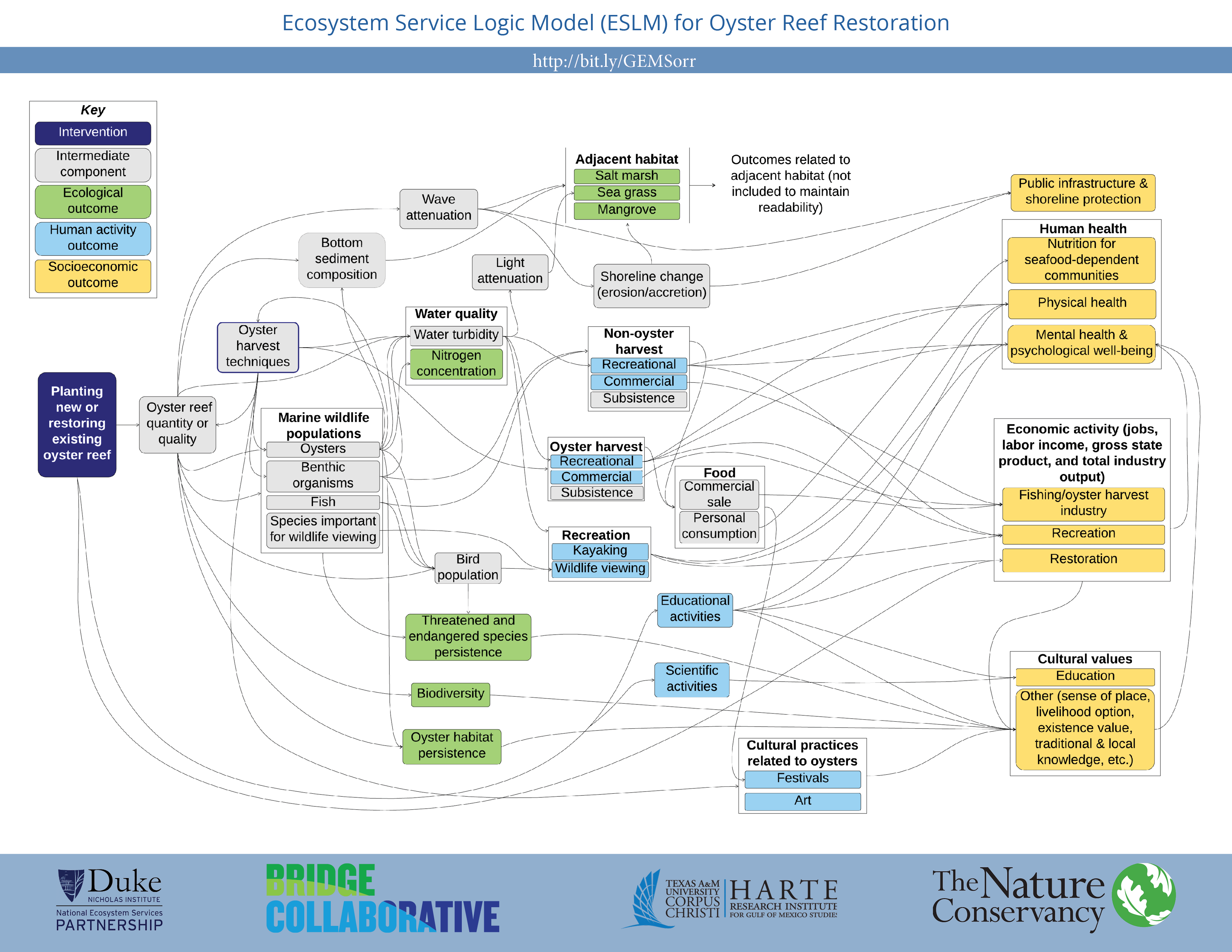