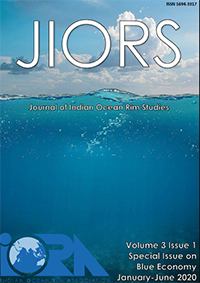 The Government of Bangladesh resolved its maritime boundaries in 2014, resulting in jurisdiction over ocean space equivalent to 80 percent of the country’s terrestrial area. To encourage the development of this area and the resources it contains, the Government embraced the concept of a “blue economy” in its most recent development plan, as a broad label for all ocean-linked economic activities that are environmentally and socially sustainable. To support the Government’s effort to translate its blue economy aspirations into operational policies, an accounting exercise was conducted to provide initial measures of Bangladesh’s ocean-linked economic activity, as a baseline by which to set targets. The results suggest the contribution of ocean-linked economic activity in Bangladesh in 2014–2015 was just over 3% of national gross value added, derived relatively evenly from tourism and recreation, capture fisheries and aquaculture, transport and energy. The Government’s intention to design blue economy policies will need to be supported by extending the analysis in this study to a full ocean economy satellite account, eventually adding measures of the economic value of marine ecosystem services and the costs of environmental degradation, as well as the status of the underlying stocks of natural capital.