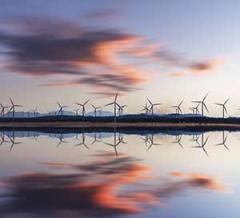 Before it was stayed by the U.S. Supreme Court in February 2016, the Clean Power Plan offered state electric utilities and their regulators a degree of certainty as they confronted a rapidly changing market and technology landscape. Although not all agreed with the U.S. Environmental Protection Agency's approach, the Clean Power Plan's predictable long-term emissions reduction targets provided clear goals to evaluate investments in traditional generation sources like coal and nuclear energy and resources on the rise like natural gas, wind, solar, and distributed generation.

Over roughly the last decade, market upheavals and the technological advances underpinning them have led to a rebalancing of generation sources and to more complex interactions between customers and the electric grid, creating significant uncertainty about existing business and regulatory models. This combination of technology, market, and policy shifts is roiling the electricity sector as never before, sending utilities and regulators on the hunt for new frameworks and tools to support decision making.

Having worked with utilities, regulators, and other stakeholders to examine Clean Power Plan compliance options, researchers at Duke University’s Nicholas Institute for Environmental Policy Solutions have developed a deep understanding of both the electricity sector’s potential responses to regulatory, market, and technology changes and the emissions consequences of those responses. Our legal analyses and modeling have provided a solid foundation to help states address their own distinct decision-making challenges amid uncertainty, which has only deepened as the Trump administration looks to roll back Obama-era climate policies.

Demand and Nuclear Unknowns in the Southeast

For utilities and regulators in the Southeast, where utility-led integrated resource plans guide investments, climate policy uncertainty adds to the unknowns about future electricity demand and the role of nuclear energy. Although the region is expected to gain an additional 16 million residents by 2030, electricity demand growth is not inevitable, in part because of increasing energy efficiency and potential growth in behind-the-meter distributed generation. That demand uncertainty adds risk to investments in large, capital-intensive projects like nuclear power. As a supplier of approximately 25 percent of the region’s energy generation, nuclear energy is by far the Southeast’s largest zero-carbon generation source, but its future is unclear because plant operating licenses will expire after 2030, new nuclear plants will take more than a decade to build, and most next-generation plants exist only on paper.

For Southeast states, the question of whether to seek extensions of nuclear plant operating licenses or, alternatively, what to replace retiring units with is a critical one. As much as 90 percent of nuclear power could disappear over the next 30 years if existing units retire at 60 years of operation—the current maximum length of operating licenses.

“Efforts to better understand and balance risks could allow utilities and regulators to improve their investment decisions and integrated resource planning processes,” said Adair, a senior policy associate with the Nicholas Institute’s Climate and Energy Program who has researched how the potential loss of existing nuclear power plants in the Southeast interacts with the region’s other electricity sector challenges.

One of those challenges is managing carbon regulatory risk. Despite the uncertainty of short-term national limits on carbon dioxide emissions for the electricity sector, electricity planners tend to take a long-term view of potential climate regulation, given power plants’ decades-long operating life. Concerted efforts to mitigate climate change could require carbon emissions reductions from the sector on the order of 80 percent or more—a magnitude of reductions nearly impossible without a major source of zero-carbon generation. Moreover, if retiring nuclear capacity was replaced by natural gas generation, carbon emissions would increase.

“The bottom line is that unanticipated nuclear retirements could make it more difficult for the Southeast to comply with future climate policies,” Adair said.

One venue for nuclear planning emissions reduction strategizing is proceedings of utility commissions, which regulate investor-owned utilities, approve (or disapprove) utility capital investments, and oversee integrated resource planning. Among other steps, these commissions can take action to ensure that integrated resource planning efforts look far enough into the future to capture potential retirements and that they include scenarios that reflect the range of potential futures for existing nuclear units. For this purpose, modeling through 2035 or 2040 is recommended.

Additionally, states might wish to consider the role of nuclear generation in state energy plans. These visions for energy policy and technology development and deployment help state governors, legislators, agencies, state utility regulators, and businesses to prioritize policy directives, regulatory actions, utility planning, and investments. Importantly, they typically reflect stakeholder engagement and consensus building and can include strategies to mitigate the effects of potential retirements, for example by expressing a policy preference to retain existing nuclear capacity that is safe to operate, increasing the use of other zero-emission resources, or establishing goals related to the deployment of advanced nuclear technologies.

Nicholas Institute researchers looked at how such planning efforts work in North Carolina, where the North Carolina Energy Policy Council is responsible for creating the state energy plan and the North Carolina Utilities Commission approves utility-developed integrated resource plans. In a working paper, senior policy associate Kay Jowers and State Policy Program director Amy Pickle described the stakeholder-engagement opportunities, forecasting requirements, and outcomes of each agency’s planning process. They concluded that robust electricity planning is based on a comprehensive and coordinated policy framework across agencies that creates strong stakeholder alignment—and that kind of planning, they say, offers multiple benefits, including increased regulatory certainty and clear understanding among stakeholders and decision makers of electricity generation, transmission, and distribution options.

“North Carolina has a range of options to improve comprehensive electricity planning to align with effective planning principles and build on some past successes,” said Jowers. “Equally clear is that without improvements to the process, the state might not be able to realize the full economic and public benefit presented by innovative technologies, say, for grid modernization and electricity storage.”

Jurisdictional Uncertainty in the PJM Interconnection

The role of nuclear energy also looms as a large uncertainty for the 13 states plus the District of Columbia that are covered in part or whole by the PJM Interconnection, one of several regional transmission organizations (RTOs) that coordinate the movement of wholesale electricity. Those states are Delaware, Illinois, Indiana, Kentucky, Maryland, Michigan, New Jersey, North Carolina, Ohio, Pennsylvania, Tennessee, Virginia, and West Virginia. 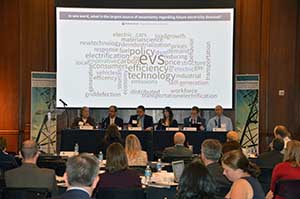 In RTO states, the line between federal and state jurisdiction over the electricity sector is shifting. Regionalization of the electric grid and development of interstate markets for electricity, electric capacity, and transmission development have expanded the responsibilities of the Federal Energy Regulatory Commission (FERC) even as states have retained jurisdiction over generation facilities and retail markets. The result has been skirmishes over state policies, such as mandates for renewables and clean energy standards that include incentives for existing nuclear energy to remain in operation—skirmishes that may affect federally regulated wholesale markets.

A report co-authored with researchers from the University of North Carolina and Harvard Law School discusses these jurisdictional disputes and the role that the president might play in them through FERC appointments and other mechanisms.

Some of the federal-state friction relates to issues that have broad implications regardless of a state’s system of utility regulation, noted the authors, and some are pertinent to states with restructured electricity markets—like PJM states. Among the former issues are whether and how FERC could use its jurisdiction over interstate markets to influence the economics of nuclear power or to accommodate or preempt state’s policies on nuclear power.

Beyond influencing FERC’s oversight of wholesale markets, the Trump administration could affect the future of the existing nuclear fleet through its approach to climate policy. Although it appears to have little appetite to do so, it could price carbon through a carbon tax, an RTO carbon price, or another market-based policy, thereby giving value to nuclear-powered electricity’s zero-carbon attribute.

In October 2016, the Nicholas Institute and the Duke University Energy Initiative co-hosted a one-day workshop that brought together experts on the electricity sector in the Southeast—including representatives of electric utilities, other market participants, nonprofit organizations, and energy and environmental agencies—to discuss these factors affecting the region’s electricity sector.

We found that participants’ have a growing need for increasingly sophisticated models and forecasting tools to help them deal with new sources of uncertainty and rapid rates of change. These tools, including some developed by the Nicholas Institute, have the potential to help utilities quantify the bounds of uncertainty under different policy and technology-adoption scenarios.

“There’s no doubt that demand for these analytical tools is high among utilities and among regulatory and third-party groups,” Adair said. “It’s one way that institutions like ours can contribute to understanding of the potential future impacts of technological innovation.”

Acknowledging state policy makers’ difficulty in interpreting economic modeling of the electricity sector, the Nicholas Institute partnered with the Bipartisan Policy Center to present recent analyses by organizations that show how such modeling can be used to simulate the various policy, market, and technology uncertainties facing states.

“This work was originally designed to help policy makers think through the impacts of the Clean Power Plan,” said Martin Ross, senior research economist at the Nicholas Institute. “But the value of the work extends to helping them understand how to best use economic models and interpret their results when grappling with the challenges and opportunities that this tremendously complex and changing sector presents.”

What models can’t do is predict the actual future—for example, they can’t capture real-world decision making, wherein decision makers must deal with information gaps and non-economic factors. But what these types of modeling analyses can do well, said Ross, is to “highlight findings that are robust under different sets of assumptions about the future, reveal the sensitivity of results to different assumptions, and identify least-cost compliance options.”

Work on these projects was supported by the Z. Smith Reynolds Foundation, the Energy Foundation, and the Merck Family Fund.