Last year the Kilombo Community Center on Geer Street in the heart of one of Durham, North Carolina’s, metamorphosing neighborhoods closed its doors. For nine years, the center had been the site of free health clinics and legal counsel, tutoring, art and theater programs, computer literacy and language classes, community research seminars, public events on race and urban development, and weekly dinners—all volunteer efforts generated by and for local residents. But the center had no answer for the area’s rising rents. Its relocation away from Geer Street was one more sign of Durham’s physical and economic transformation.

The fate of the Kilombo Center has become a cautionary tale for another Durham neighborhood. For at least a decade, long-time residents of Old East Durham have witnessed a redevelopment effort that has swelled the city’s population and brought new businesses and jobs but that has done little to protect them from rising housing prices and has even cut them off from some traditional support systems. Many are being pushed out of an area that they no longer find affordable. Many of those who remain are concerned about the changing character of their community—a community that increasingly reflects the desires of new affluent and predominantly white residents but not the needs of the mainly African American and Latino middle-class and blue-collar families and business owners who have lived through the city’s leaner times.

The concerns of those long-time residents are now part of the Nicholas Institute for Environmental Policy Solutions’ first project on environmental justice, which a 2001 U.S. Environmental Protection Agency memorandum defined as “the fair treatment of people of all races, income, and cultures with respect to the development, implementation and enforcement of environmental laws, regulations, and policies, and their meaningful involvement in the decision-making processes of the government.” More recently, the concept of environmental justice has evolved to reference equitable distribution of environmental benefits and even recognition of local ways of life, local knowledge, and cultural difference as well as communities and individuals’ capacity to flourish.

It is in that broad environmental justice context that the Nicholas Institute, along with the University of North Carolina (UNC) and North Carolina State University (NCSU), is engaging with Communities in Partnership, a new East Durham neighborhood non-profit, to document the unintended and collateral impacts of the city’s revitalization. This Kenan Creative Collaboratory project will eventually lead to proposals of policy mechanisms to address those impacts.

“This is a community-based research project, so the broad research agenda we began with is continually being reshaped by the specific research questions raised by our community partner and the community members themselves,” said Kay Jowers, senior policy associate with the Nicholas Institute’s State Policy Program. “Our aim is to complement the community’s agenda and efforts and to support the community in dealing with the environmental justice issues it identifies as a priority.”

Researchers proposed several activities to identify research questions for the project that would respond to community concerns. In one, local residents would engage in community mapping of spatial information related to environmental justice issues such as the economic impacts of rapid redevelopment efforts. In another, they would use a research technique known as PhotoVoice to depict challenges and opportunities in their changing neighborhood. In yet another, they would let their feet do the talking, taking research partners to the sites of their concerns. The project began with a town hall meeting to introduce these research activities and to collect information from community members.

Increasing residents’ capacity to influence decisions affecting the Old East Durham neighborhood literally started with a step. This summer, community members joined the research partners on a “walkshop”—a walking tour of the neighborhood that focused on four areas of concern identified through a community survey.

“The goal was to physically explore the area to learn about the community’s issues with transportation, housing, the environment, and the local economy,” said walkshop organizer Kofi Boone from NCSU’s College of Design. “To figure out the spots that the walkshop needed to visit, we had a meeting to identify them. Because housing was by far the biggest concern elicited by the survey, we asked participants to tell us the best places to see gentrification and displacement in the neighborhood. We also were interested in the locations of the best and worst affordable housing and the best-kept and most poorly kept properties.”

The second largest concern turned out to be the local economy, specifically, the state of businesses locally owned, locally patronized, or both. Therefore, the researchers asked community members to identify the places they go in the neighborhood to meet their daily needs as well as the locations of local businesses that no longer exist. They were also asked to point out the locations of local economic development and job training. 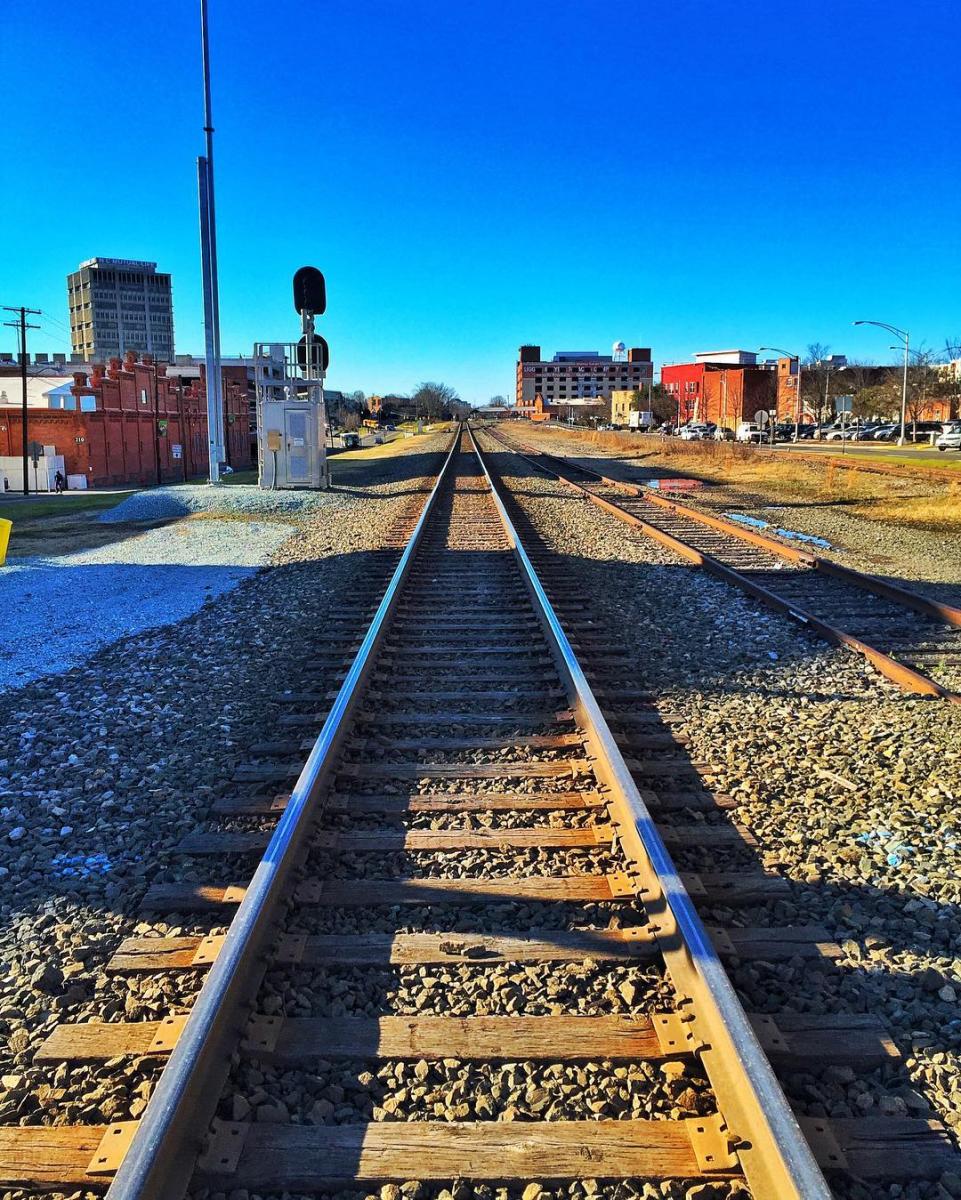 Finally, they were asked to pinpoint areas associated with two other issues elicited in the survey: streetscaping issues—worst places to walk and catch buses, most dangerous street crossings, and poor street lighting—and environmental issues, such as areas of flooding, illegal dumping of waste, and poor maintenance.

The walkshop documented long-standing problems that revitalization efforts have failed to address. To capture community members’ perceptions of neighborhood changes brought about by those efforts, the Kenan Creative Collaboratory project is using PhotoVoice, which Deborah Gallagher from Duke University’s Nicholas School of the Environment describes as a method for conveying impacts to policy makers and for creating solidarity within local networks.

“PhotoVoice is a platform for community members to share personal reflections about their neighborhood and to visually depict challenges and opportunities for change,” said Gallagher of the approach that cities around the world have used to address issues ranging from gun violence impacts to green space needs. “In this instance, we’re using it as an outlet for them to respond to a group-selected theme.”

For the Kenan Creative Collaboratory project, researchers will hold a series of workshops to select a “prompt question” suggested by community-identified environmental justice concerns—a question to which volunteer photographers will respond over several weeks this fall. The workshops will recruit and train those photographers as well as identify technical support organizations during the shooting period. Once the photos are assembled, the volunteers and Communities in Partnership will select photos for display, caption them, and vote on the display method. The display will be shared with city officials and planners.

Finally, to capture community members’ knowledge about the neighborhood changes depicted in the PhotoVoice project and the walkshops, the Kenan Creative Collaboratory project is incorporating community mapping, an increasingly common way of engaging communities in eliciting and recording data with methods ranging from hand-drawn sketches to sophisticated physical and computer models.

According to Danielle Spurlock at UNC’s Department of City and Regional Planning, the idea is to build on community residents’ expert knowledge about their own neighborhood to interpret and “ground truth” the information from a housing analysis.

“Residents decide how to integrate the community’s environmental amenities and disamenities and information from PhotoVoice and walkshops with affordability factors,” she said. “By incorporating the lived experience of Old East Durham neighborhood residents, the maps can raise awareness and facilitate community discussions.”

Once the project’s research phase is completed, Jowers and the research team will continue working with Communities in Partnership to identify policy mechanisms—for example, community-based land trusts and community benefits agreements with brownfield redevelopers—to address issues that the community prioritized. The project partners are hoping their input will inform future development decisions—both public and private—affecting the neighborhood.

“What’s novel about the project is not its research techniques but its combination of those techniques,” said Jowers. “We’re using the full range of the academic partners’ expertise to come up with what we think is a fairly robust protocol for identifying, documenting, and communicating the environmental justice issues of priority for one community. It’s a protocol that could work for other communities facing redevelopment challenges or other urban environmental justice issues.”

Work on this Kenan Creative Collaboratory Project was supported by the William R. Kenan, Jr. Funds and administered by the Kenan Institute for Ethics at Duke. Story by Melissa Edeburn.