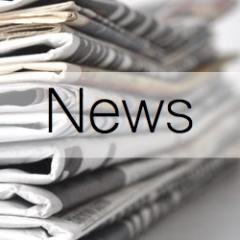 New York state policymakers appear ready to dive once again into a complex debate over how to ensure there is enough electricity to keep the lights on while also making sure that electricity is derived from relatively clean sources — and what role the state should play in the process.

Rich Dewey, CEO of the New York Independent System Operator, has said the grid operator is working to accommodate the anticipated influx of renewables driven by state policies while balancing reliability. One of the preferred options pushed by NYISO and merchant generators is to price carbon in the energy market. But the state has thus far declined to publicly endorse that plan.

Advocates and some outside experts say carbon pricing alone won't be enough to achieve the state's ambitious goals. And it's a somewhat distinct issue from buyer-side mitigation and the way new resources are treated in capacity markets, said Jennifer Chen, senior counsel on federal energy policy at Duke University's Nicholas Institute for Environmental Policy Solutions.

"Carbon pricing can help you incentivize zero carbon resources to come online," she said. "If those are able to displace emitting resources, it might provide the price signal for those to retire but if the renewable resources aren't able to participate in capacity markets ... they're not going to be able to displace the other resources."