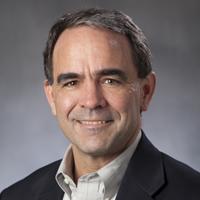 In 2008, British Columbia implemented a “textbook” carbon tax, with wide coverage, few exemptions, and use of revenue for low-income tax credits and broad-based tax cuts. Has this instrument straight out of the economist’s playbook delivered predicted emissions reductions without harming the province’s economy or imposing undue hardship on low-income households? A new working paper by Duke University’s Nicholas Institute for Environmental Policy Solutions and the University of Ottawa’s Institute of the Environment and Sustainable Prosperity is the first to broadly gauge the tax’s performance across four critical dimensions: emissions, economy, equity, and public acceptance. The authors—Brian Murray, Environmental Economics Program director at the Nicholas Institute and a recent Fulbright Visiting Research Chair in Environment and Economy at the University of Ottawa, and Nicholas Rivers of that university’s Institute of the Environment—say that the British Columbia carbon tax can be viewed as another grand policy experiment—much like allowance trading in the 1990s. Seven years on, they take its measure.

What is so “textbook” about British Columbia’s carbon tax?

First, it’s broad, covering about three-quarters of all emissions sources in the province at a levy rate that is now as high as or higher than carbon prices emerging from emissions trading systems throughout the world. Second—and this makes it unique—it is aimed at revenue-neutrality, meaning that all revenues raised by the tax are to be recycled to British Columbia households and businesses, largely in the form of tax cuts. Economists often favor revenue-neutral carbon taxation because it has the potential to enhance economic growth by lowering distortions from the current tax system. Given these characteristics, the British Columbia carbon tax may provide the purest example of the economist’s carbon tax prescription in practice.

Has the tax met that revenue-neutrality goal?

It largely did so at first, but not at present. In recent years, tax cuts and targeted payments have exceeded tax revenue, and some of the general household and business tax reductions have been redirected to expenditures for specific purposes. Since 2013, virtually all the tax’s revenue growth has been targeted to corporate tax credits in certain sectors. So what began as use of carbon tax revenues for general tax reform to reduce distortions and promote economic growth appears to have evolved into a system with some “industrial policy” objectives of promoting certain sectors.

What about emissions reductions?

In the British Columbia Climate Action Plan accompanying introduction of the tax, modeling work suggested that the tax would reduce GHG emissions by about 3 Mt CO2 annually by the year 2020 in the absence of any other policies or by roughly 5 percent compared to the reference case (counterfactual) forecast. On the basis of the studies to date, it is reasonable to claim that the tax has reduced fuel consumption and GHG emissions 5–15 percent in British Columbia.

How has the tax affected the BC economy?

Some policy makers and public citizens fear that carbon taxes might impose a large burden on the economy—through increased prices, reduced output, and reduced employment. But in this case, use of carbon tax revenue to reduce income taxes on British Columbia households can promote economic growth. Because income taxes introduce price distortions that reduce economic output, lowering income taxes through introduction of a carbon tax can produce a double-dividend effect, wherein the tax not only reduces greenhouse gas emissions, but also raises total economic output. If this double dividend exists, the net economic effect of a carbon tax could actually be positive.

Only a few studies have used data on economic performance since the policy was enacted to directly estimate the policy’s impact. Those studies suggest that the tax has had little net impact, either negative or positive, on provincial economic performance. There is some evidence of negative effects in emissions-intensive sectors, such as cement, but the positive impacts in other sectors appear to compensate for those effects.

All else equal, increases in the price of energy goods resulting from a carbon tax would tend to raise costs by a proportionately larger amount for lower-income households than for higher-income households, because low-income households spend a greater share of their income on energy and related goods. The government was sensitive to this issue. The revenue recycling system that accompanied the tax at its introduction allocated a substantial portion of the total carbon tax revenue to low-income households. In addition, reductions in the personal income tax rate were implemented on the first two income tax brackets, resulting in a larger reduction in the average tax rate for low-income individuals compared with high-income individuals. Although tax rebates for low-income households were not increased proportionately to the tax rate, studies agree that the overall effects on distribution of income are likely to be small.

Initially, the public was generally against the carbon tax. Is that still the case?

Most households now favor the tax. Multiple waves of polling data, plus our own analysis, show that support for the carbon tax in British Columbia has increased, such that it has achieved majority support. However, the tax remains a politically difficult policy to implement, because support and opposition are concentrated in important electoral demographic groups, with opposition coming mainly from middle- and low-income, older, male, and rural groups.

Overall, how is the tax performing?

The primary objective of the British Columbia carbon tax is to reduce GHG emissions, and essentially all studies show it is doing just that. A secondary goal of the carbon tax is fiscal reform—to enable the use of a tax on pollution to displace a tax on labor and capital. Although the tax has not clearly produced a double dividend—pollution reductions and economic growth—it shows no statistically significant effect on British Columbia’s net growth one way or the other. So any negative or positive economic effects are minimal, and again, effects on distribution of income are likely to be small. To date, no studies have estimated the economic benefits to the province from avoided climate change.

Although the tax appears to be a success in many ways, it has some potential shortcomings. First, although the empirical literature suggests that the tax has reduced emissions from covered fuels in British Columbia, no one knows whether those emissions reductions are associated with emissions increases elsewhere—the so-called emissions leakage problem.

Second, two trends likely reduce the tax’s overall cost-effectiveness: some exemptions enacted in and since 2012 have decreased the tax’s coverage rather than increased it, as economists would prescribe, and, as we mentioned, some broad-based tax cuts that initially accompanied the tax have been redirected to support particular industries through targeted tax credits. Although policy makers may have other reasons for pursuing cuts in particular sectors, targeting credits to specific industries tends to narrow the scope of gains that can be generated.

Murray is available for comment by contacting Erin McKenzie, erin.mckenzie@duke.edu or 919.613.3652.