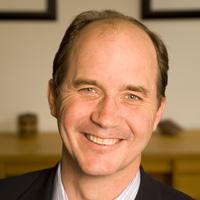 Carter Roberts is president and CEO of World Wildlife Fund–United States (WWF-US). WWF’s mission is to advance solutions that conserve the diversity of life on Earth while meeting the needs of people. WWF, the world’s largest network of international conservation organizations, works across 100 countries and enjoys the support of 5 million members worldwide, 1.2 million of which are in the United States.

Since joining WWF-US in 2004, Roberts has built a new strategy for the organization, driving global teams that integrate policy, markets, and field conservation initiatives to deliver conservation at scale in the 20 most important ecosystems around the world. He has also pioneered global partnerships with companies like The Coca-Cola Company (bringing water efficiency efforts to their supply chain and 1,000 bottling plants worldwide); Wal-Mart (providing information to consumers on the environmental impacts and sustainability of the products they sell); and Mars (moving commodity production to already degraded land). Prior to joining WWF, Roberts worked for 15 years at The Nature Conservancy, first running their Massachusetts chapter and then opening their programs in Central America.

Roberts also serves on the boards of the Grantham Institute for Climate Change, a collaboration between Imperial College and the London School of Economics, and InterAction, a consortium of development and environmental NGOs seeking a holistic approach to foreign assistance. He holds an MBA from Harvard University and a BA from Princeton University.