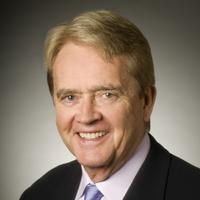 William K. Reilly is the former administrator of the U.S. Environmental Protection Agency (1989-1993). He was the Founding Partner of Aqua International Partners (1998-2010) a private equity fund dedicated to investing in companies in the water sector. Reilly served as the first Payne Visiting Professor at Stanford University (1993-1994), president of World Wildlife Fund (1985-1989), president of The Conservation Foundation (1973-1989), director of the Rockefeller Task Force on Land Use and Urban Growth (1972-1973), and a senior staff member of the President's Council on Environmental Quality (1970-1972). He headed the U.S. delegation to the United Nations Earth Summit in Rio in 1992, and served as one of the seven original Trustees appointed by President Clinton to manage the Presidio National Park in San Francisco.  In May 2010, he was appointed by President Obama to co-chair the National Commission on the BP Deepwater Horizon Oil Spill and Offshore Drilling and in late 2012 to the President’s Global Development Council.

Reilly is Chairman Emeritus of the Board of World Wildlife Fund, Chairman Emeritus of the Board of the ClimateWorks Foundation, Chairman of the Advisory Board for the Nicholas Institute for Environmental Policy Solutions at Duke University, Co-Chairman of the Bipartisan Policy Center Energy Project, Co-Chairman of the Board of the Global Water Challenge, and a Director of the Packard Foundation. He recently rotated off the boards of directors of ConocoPhillips, DuPont, and the National Geographic Society, and he currently serves on the boards of Royal Caribbean International and Energy Future Holdings, for which he serves as Chairman of the Sustainable Energy Advisory Board. In 2007 Reilly was elected to the American Academy of Arts and Sciences. He served in the U.S. Army to the rank of Captain, and holds a B.A. degree from Yale, J.D. from Harvard, and M.S. in Urban Planning from Columbia University.