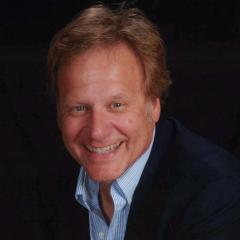 Doug Scott is vice president of Strategic Initiatives at the  Great Plains Institute (GPI), where he focuses on GPI projects in which he participated as a state official, including the Midwestern Power Sector Collaborative and the National Enhanced Oil Recovery Initiative, as well as on utility regulatory reform and other areas. During his tenure as chair of the Illinois Commerce Commission, to which he was appointed in March 2011 by then Illinois Governor Pat Quinn, Scott served as a member of the Energy, Resources and Environment Committee for the National Association of Regulatory Utility Commissioners (NARUC) and of the Task Force on Environmental Regulation. During his tenure as director of the Illinois Environmental Protection Agency from 2005 to 2011, he chaired the Illinois Governor’s Climate Change Advisory Committee and represented Illinois in the development of the Midwestern Governors’ Association’s energy and climate accords. He was a member of the Air Committee for the Environmental Council of States and the U.S. EPA Environmental Financial Advisory Board. He was also elected and served as mayor of Rockford, Illinois,from 2001 to 2005, after serving as a state representative in the Illinois General Assembly between 1995 and 2001. He received his undergraduate degree with honors from the Universityof Tulsa in 1982 and a juris doctorate with honors from Marquette University in 1985.