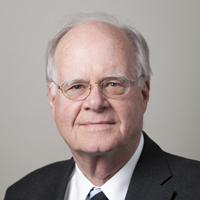 Wheeler has helped to shape many of the laws and programs that now constitute national environmental policy, including habitat conservation planning pursuant to the Endangered Species Act, conservation and mitigation banking, and transferable development rights.

From 1991-1999, Wheeler served as California’s Secretary for Resources. As a member of the Governor’s cabinet, he was responsible for all of the state’s natural and cultural resource programs administered through 18 departments, conservancies, boards, and commissions with combined budgets of nearly $2 billion and a total staff of 13,000. During his tenure, Wheeler developed nationally recognized strategies to integrate economic and environmental goals and to effectively manage the state’s natural resources in the face of rapid growth and development.

Wheeler has worked exclusively with natural resource and environmental issues since joining the U.S. Department of the Interior in 1969, where he served for seven years as Assistant Legislative Counsel and Deputy Assistant Secretary for Fish and Wildlife and Parks. He also served as a senior executive of nonprofit environmental and conservation organizations, including the National Trust for Historic Preservation (Executive Director, 1977-80); the American Farmland Trust (President, 1980-85); the Sierra Club (Executive Director, 1985-87); and the World Wildlife Fund (Vice President, 1987-91).

Wheeler has been a visiting lecturer at the Duke University School of Law and speaks and writes frequently on environmental law and policy issues.