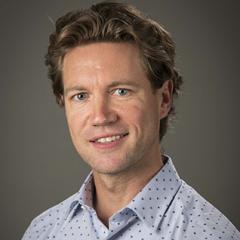 Jonathan Phillips is the Director of the James E. Rogers Energy Access Project at Duke University, with an appointment at the Nicholas Institute for Energy, Environment & Sustainability. His work focuses on policy, regulatory, and economic issues related to rural electrification, grid de-carbonization, off-grid energy systems, and energy for productivity.

Phillips was the senior advisor to the president and CEO of the Overseas Private Investment Corporation during the Obama Administration, helping scale-up the agency’s climate finance capabilities and lead the implementation of strategic initiatives, including the agency’s $2.1 billion Power Africa portfolio.

Before that, Phillips led private sector engagement and programming with Power Africa at USAID, helping ramp-up the $300 million presidential initiative into one of the largest public-private development partnerships in the world.

From 2007-2014, he held a variety of roles in the U.S. Congress, most recently serving as the senior policy advisor to Senator Ed Markey of Massachusetts. He supported many notable legislative efforts, including serving as one of the lead authors of the Waxman-Markey cap-and-trade bill that passed the House in 2009. He also served on the House Select Committee on Energy Independence and Global Warming as well as the House Natural Resources Committee.

Phillips was a business and economic development volunteer with the Peace Corps in Mongolia. He received a bachelor’s degree from the Milwaukee School of Engineering and a master’s degree in public policy from the Harvard Kennedy School.

All of Jonathan's publications

Search for more from Jonathan Phillips →