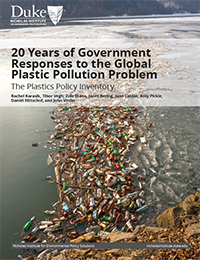 20 Years of Government Responses to the Global Plastic Pollution Problem

Plastic pollution in the ocean is a global problem that requires cooperation from a wide range of groups (e.g., governments, producers, consumers, researchers, civil society). This study aims to synthesize the policy response of governments to the global plastic pollution problem, as a basis for more rigorous monitoring of progress (as called for in Resolution 4/6 of the 2019 United Nations Environment Assembly (UNEA) meeting) and to inform future public policies. 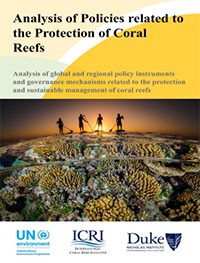 Analysis of Policies Related to the Protection of Coral Reefs 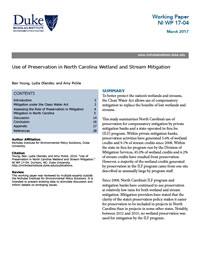 Use of Preservation in North Carolina Wetland and Stream Mitigation 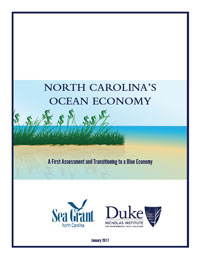 North Carolina’s Ocean Economy: A First Assessment and Transitioning to a Blue Economy

North Carolina’s ocean and coastal areas and their resources shape a unique and important segment of the state’s economy, particularly for its eastern region. From seafood and commercial fishing opportunities, to access to global markets through shipping and transport, and finally tourism and recreation, thousands of jobs and billions in revenue for the state depend on the ocean and coast. Yet to date, this segment of North Carolina’s economy has not been identified as a discrete contributor in the state. This working paper provides a first assessment of the existing information available to measure the size and extent of North Carolina’s ocean economy, and proposes next steps to transition to a blue economy. 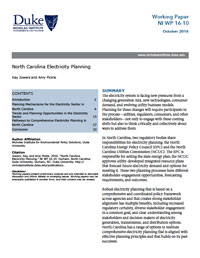 The electricity system is facing new pressures from a changing generation mix, new technologies, consumer demand, and evolving utility business models. Planning for these changes will require participants in the process—utilities, regulators, consumers, and other stakeholders—not only to engage with these coming shifts but also to think critically and collectively about ways to address them. North Carolina has a range of options to institute comprehensive electricity planning that is aligned with effective planning principles and that builds on its past successes. 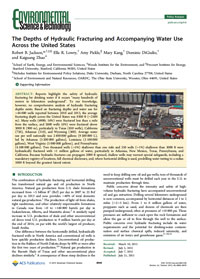 Unconventional oil and gas extraction using a combination of hydraulic fracturing and horizontal drilling has transformed natural gas and oil production in North America and raised public concern about its intense water use and potential hazards, including drinking-water contamination. Such extraction is thought to pose no safety concerns for drinking water if it occurs many hundreds of meters to kilometers underground, yet no comprehensive analysis of hydraulic fracturing depths existed until publication of a new article in the journal Environmental Science & Technology. Based on reports of fracturing depths and water use at 44,000 wells in the United States between 2010 and 2013, the analysis finds the average fracturing depth was 8,300 feet and the average water use was 2,400,000 gallons per well. Many of these wells (6,900 or 16 percent) were fractured less than a mile from the surface; 2,600 wells (6 percent) were fractured above 3,000 feet. Because hydraulic fractures can propagate 2,000 feet upward, the analysis indicates that shallow wells may warrant special safeguards, including a mandatory registry of well locations, full chemical disclosure, and, where horizontal drilling is used, predrilling water testing to a radius 1,000 feet beyond a well’s greatest lateral extent. 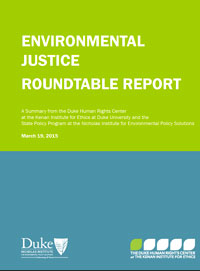 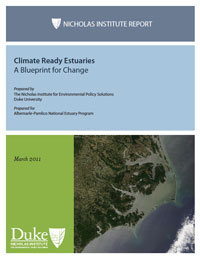 Initially conceived as an outreach pilot to increase public and local government awareness in five counties of the Albemarle-Pamlico region, our Blueprint summarizes the initial outreach efforts, includes findings and recommendations for increasing the region’s climate resilience, compiles a resource of up-to-date science on sea-level rise impacts, and serves as a first step in educating the public and decision makers about the opportunities and challenges of becoming a climate ready estuary. 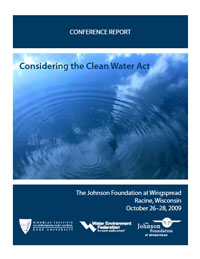 Initially authorized in response to egregious pollution from water water treatment plants and major industrial sources, the Clean Water Act has catalyzed the cleanup of many of our nations' waters. The outlook for continuing progress under the Clean Water Act, however, has been diminished in the face of modern pollutants, aging infrastructure, the Act's limited tools to address nonpoint sources and increasing stresses from unregulated development, population growth and climate change. Concerns about the Clean Water Act limits prompted the Water Environment Federation and Duke University's Nicholas Institute for Environmental Policy Solutions along with the Johnson Foundation at Wingspread to convene a facilitated three-day workshop about the state of the Clean Water Act.