ACES: A Lesson in Storytelling and Breaking Down Silos 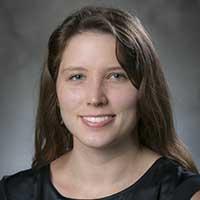 Last week I attended the A Community on Ecosystem Services (ACES) conference in Jacksonville, Florida.

At the conference, the Nicholas Institute for Environmental Policy Solutions and its initiative, the National Ecosystem Services Partnership (NESP), both of which I am a part, hosted and participated in events throughout the week—8 to be exact, including the closing plenary address.

In various ways throughout the week I heard again and again the absolute importance of telling engaging stories that resonate with all types of people—the public, policymakers, other scientists, and other sectors. And the recent U.S. presidential election made this even clearer. The way that we frame ecosystem services should engage communities no matter what their political views.

I got a taste of just how important this idea is on a short elevator ride with a businessman on the last day of the conference. He looked at my conference nametag and asked, “so, what’s an ACES?” I told him what it stood for and said that ecosystem services are about the different benefits that people get from nature. He replied with, “so you guys are going to a discussion on melting glaciers and stuff, huh?”

The elevator opened and he stepped out as I quickly replied “well, it’s slightly more complicated than that.” But I wish I had a bit more time so I could have responded with more. It was my chance to convey exactly what everyone at ACES was referring to when they said that we need to better articulate the concepts of ecosystem services to a wider audience.

Many people feel that ecosystems are something “out there” that they are disconnected from. They are glaciers at the North Pole melting away, and “those environmental folks” can get together at conferences to talk about them, but the whole crux of ecosystem services is that they describe the way or ways that nature and people interact.

We interact with nature every day and it impacts the food we eat, the water we drink, the nature we enjoy, the species we care about, and even our physical and mental health. I’ve heard this before, but the past week really reinforced it: there must be a shift from seeing humans as somehow apart from nature to seeing them as a part of nature.

What else did I pick up on?

Ecosystem Services is still a “New” Field: Though there are the tried and true ACES attendees, I met just as many people attending this event for the first time as for the fourth or fifth. Ecosystem services has only been a discrete field for roughly 20 years, but it has been continually expanding. It is exciting to be participating and engaged in this developing field of study. That is not to say that there isn’t a lot of extremely cutting-edge work being done in the ecosystem services space. I attended many talks detailing advanced tools, models, and methodologies that aim to quantify and explain ecosystem services and the way that people perceive them. While many of the U.S. federal agency participants  talked about the ways in which their organizations engage with and employ ecosystem services concepts, I went to a few talks given by people from other countries where the full suite of ecosystem services were not incorporated into government agencies or programs … yet.

Everyone Emphasized Breaking out of Sectoral Silos: One thing I heard over and over was a call to break down the walls between various sectors and to work together on solving environmental issues, using ecosystem services as a framework. A tall order. But as I talked to statisticians, landscape architects, federal agency employees, and people representing the private sector, people seemed excited about sharing processes and ideas and borrowing from other sectors. I did hear a call to widen the ACES net even more when it reconvenes in two years by inviting health professionals, other types of social scientists, people involved in finance, as well as other government agencies that have an impact on the environment and the services it provides.

As one of our sessions at ACES hinted, members of the Nicholas Institute and other Duke University departments will be pursuing just this over the next 5 years by participating in a new initiative spearheaded by The Nature Conservancy called The Bridge Collaborative. This collaborative aims to create stronger ties between the environment, health, and development communities so that interdisciplinary solutions can be more easily created to solve today’s complex and interconnected challenges.