Greening the Grid: From Investment Banker to Energy Visionary 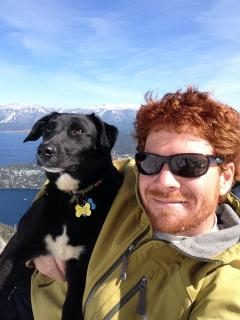 Will Fadrhonc began his career as an investment banker in New York, but three years later opted to pursue a career in energy. It was a move he saw as a way to marry his love of the environment with his interest in the private sector.

So in 2009, armed with his new career goals, Fadrhonc made the trip from New York City to Durham, enrolling in the joint Master of Environmental Management/Master of Business Administration program at the Nicholas School of the Environment and the Fuqua School of Business.

“What I think was really unique about Duke is that for somebody interested in energy and environmental energy, there’s a concentration of maybe 300 students on campus pursuing that exact same concentration with those exact same interests at a graduate student level,” Fadrhonc said. “There’s a huge amount of peer learning and many opportunities to work together and bounce ideas off of each other.”

Fadrhonc was quick to grasp complex environmental issues despite arriving at Duke with a limited understanding of the energy industry. In his second year, Fadrhonc won the 2010 Shell Energy for Tomorrow essay competition—beating out students from 30 top graduate business schools—with an essay that described his vision for a workable and original model for a sustainable energy future. His solution detailed the economic and environmental benefits of creating a market for point source-created heat from industrial heat and power facilities.

“In our current infrastructure heat is not a scarce resource; in fact, most heat generated in industrial processes is casually emitted to the atmosphere,” Fadrhonc wrote in his essay. “With minimal planning and proven technology, that emitted heat can be captured and applied to do work … There is no single silver bullet to provide a secure energy future, but efficient heat use and a market mechanism to encourage it is a workable method to prolonging our energy resource supply.”

While preparing his competition essay, Fadrhonc, a Nicholas Institute for Environmental Policy Solutions intern, received guidance and feedback from David Hoppock, senior policy associate with the Nicholas Institute. During his three year internship, Fadrhonc also published a paper with Hoppock about the breakeven points around wind development versus the cost of transmission.

“Working with the Nicholas Institute gave me working time that was also learning time,” Fadrhonc said. “The paper I worked on was interesting both in terms of researching the wind industry and also learning more about the academic process and what it takes to get a paper published.”

Fadrhonc attributes part of his success in the competition and beyond to some of the skills he developed during his time at the Nicholas Institute.

“In working at the Nicholas Institute, I refined some of my writing and argumentative skills so they stood up to peer review, so that helped my essay process,” Fadrhonc said. “I also developed stronger research skills, like identifying data sets and figuring out the best ways to utilize them.”

Fadrhonc now works at Google as an energy buyer, and remains hugely optimist about the future of energy.

“In the energy sector today, the grid is already on a critical path to being 100 percent carbon free, just from a cost perspective of renewables. It’s already tipped. Ninety nine percent of all new generation in Q1 in the U.S. was renewable. And in my current role at Google, myself and the other large corporate purchases aren’t buying fossil fuel generation. We’re spending billions of dollars on renewable energy. Now, renewable energy makes sense economically.”

This story was written by Diana Tarrazo, a senior at Duke University who is working the Fall 2016 semester as a communications intern with the Nicholas Institute for Environmental Policy Solutions.