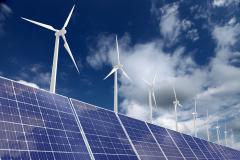 Most residents of the Southeast get their energy from a single, vertically integrated utility that controls the production, sale, and distribution of power. But across the country, many electric utilities have turned to Regional Transmission Organizations (RTOs) and other wholesale markets with enhanced competition.

Conversations are underway among policy makers and stakeholders in the Southeast to explore whether more competition in the power sector could encourage clean energy investment, spur innovation, and lower costs for consumers. The Climate and Energy Program at Duke University’s Nicholas Institute for Environmental Policy Solutions is helping to inform those conversations through a series of papers that describe competitive options.

In some instances, competition can just mean allowing third parties to build electricity generation within a monopoly utility’s territory. For instance, North Carolina’s Competitive Procurement for Renewable Energy Program enables renewables developers to make offers to sell power to electric utilities. By opening up this market and creating a bidding process, third parties can generate clean energy at competitive prices.

At the other end of the spectrum, utilities may join RTOs, formal markets that control member utility transmission systems and centrally dispatch energy. In the early 2000s, at the direction of the Federal Energy Regulatory Commission (FERC), major utilities in the Southeast developed and submitted four proposals for forming regional electricity markets. While most of these proposals did not result in market participation, a Nicholas Institute case study took a look back at them for lessons that could be applied to the current discussions.

Utilities in other regions, meanwhile, did stand up regional markets. The more recent trend has been to create “energy imbalance markets” that are voluntary and do not require a utility to turn over control of its transmission system to a centralized authority.

“Vertically integrated utilities around the country, like those in the Mountain West, have done this,” Konschnik explained. “For companies with excess power and renewables, alliances can be a good way to sell power over a larger area and to capitalize on better prices in more expensive markets.”

A Southeastern energy partnership may well be on its way, as major electric utilities, including Duke Energy and Southern Company, are reportedly considering an energy trading platform called the Southeast Energy Exchange Market (SEEM). The exchange would enable participating utilities to share excess energy across a wider geographic region with the aim of lowering prices and improving reliability.

From what is known publicly so far, the goals of the exchange seem modest; utilities estimate it would represent about 2 percent of utility sales. Still, stakeholders have many questions about what might change from “business as usual” or whether the proposal would form enough of a market to produce competitive benefits. The Nicholas Institute will continue to track these developments and help to inform the debate.