← Back to Project Home: Coastal Protection and Blue Carbon for Eastern States 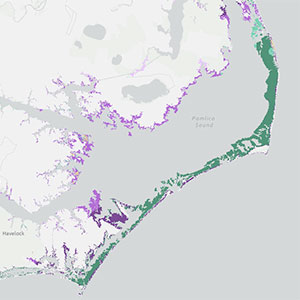 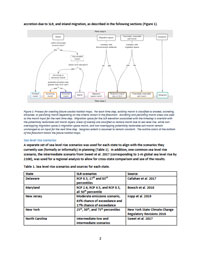 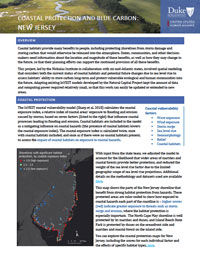 The resulting maps show where coastal habitats protect the shoreline from hazards such as storms and erosion (Figure 1), how the extent and location of coastal habitats are projected to change due to sea level rise, and the effect of these changes on the amount of carbon stored by coastal habitats through the end of the century (Figure 2).

Next steps for this project include analyses to assess the effect of several key uncertainties, identified during project workshops, on the habitat change and carbon flux results.  This will help to focus future research to reduce uncertainty in these estimates.