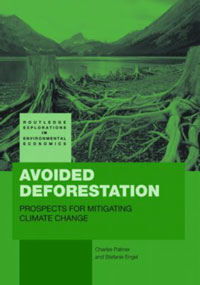 Chapter in Avoided Deforestation: Prospects for Mitigating Climate Change. Avoided deforestation can be characterized as the use of financial incentives to reduce rates of deforestation and forest degradation, with much of the focus on forests in tropical countries. While avoided deforestation, as a policy issue, is not new, the current debate in academic and policy circles on including it in future climate change mitigation strategies such as the Clean Development Mechanism is gathering pace and this debate is only likely to intensify as negotiations continue over what should be included in the successor agreement to the Kyoto Protocol.