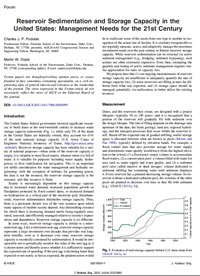 In June 2014, the U.S. Environmental Protection Agency (EPA) released its proposed rules to regulate carbon dioxide emissions from existing fossil fuel power plants, triggering considerable debate on the proposal’s design and its environmental and economic consequences. One question not addressed by this debate is this: What if the EPA regulations turn out to be inadequate to address future mitigation goals? That is, what will the landscape for future policies look like if these regulations turn out to be just an interim measure? This analysis in the journal Energy Policy compares potential short- and long-term consequences of several key regulatory design choices, including mass-based versus rate-based standards, tradable versus non-tradable standards, and differentiated versus single standards. It finds that long-term consequences may be significant in terms of the legacy they leave for future policy revisions: tradable standards lead to lower electricity prices and become weaker over time; differentiated tradable standards lead to relatively greater investment in coal retrofits; non-tradable standards lead to relatively greater retirement of coal capacity. It may be the case that key policy choices entail one set of tradeoffs if proposed EPA rules are viewed as relatively permanent and final and another set of tradeoffs if the rules are viewed as an interim solution.