The Role of Small-Scale Fisheries in Feeding the World 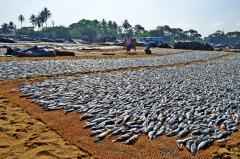 Small-scale fisheries in coastal and inland communities across the world are a major component of the world’s food system.

These traditional fishing communities found predominately in Asia and, to a lesser extent, Africa, are estimated to provide almost half of global capture fisheries production. Despite their contribution to feeding a growing population in both the developed and developing world, the fisheries are often ignored in states’ policymaking, in part because their value has been poorly measured.

“Ending hunger will likely require more sustainable management of the way we produce food from our oceans, and particularly greater security for small-scale producers,” said the John Virdin, director of the Ocean and Coastal Policy Program at Duke University’s Nicholas Institute for Environmental Policy Solutions. “Better illustrating the size of the contributions that small-scale fisheries make to food security and providing evidence that can be used by local communities to make a case for public support and investment in the sector could be important to moving forward policy dialogues on how to end hunger and malnutrition.”

The Nicholas Institute and the Marine Lab at the Nicholas School of the Environment are working with the United Nations Food and Agriculture Organization (FAO) and WorldFish on a new global study—Illuminating Hidden Harvests: The Contribution of Small-Scale Fisheries to Sustainable Development—that aims to make these fisheries’ contribution better known.

Fish and fish products account for almost 20 percent of global animal-based protein consumption, but they are also critical sources of micronutrients necessary for human health. Hundreds of millions of people rely on fish for nutrients such as iron, zinc, vitamins A and B12, and essential fatty acids. As fish populations decline, many food-insecure population, particularly those served by small-scale fisheries, are at risk of malnutrition.

Small-scale fisheries are facing a number of challenges, including external threats such as invasive species, infrastructure development, pollution, overfishing, climate change, and ocean grabbing that deprives small-scale fishers of resources and undermines their historical access to areas of the sea. 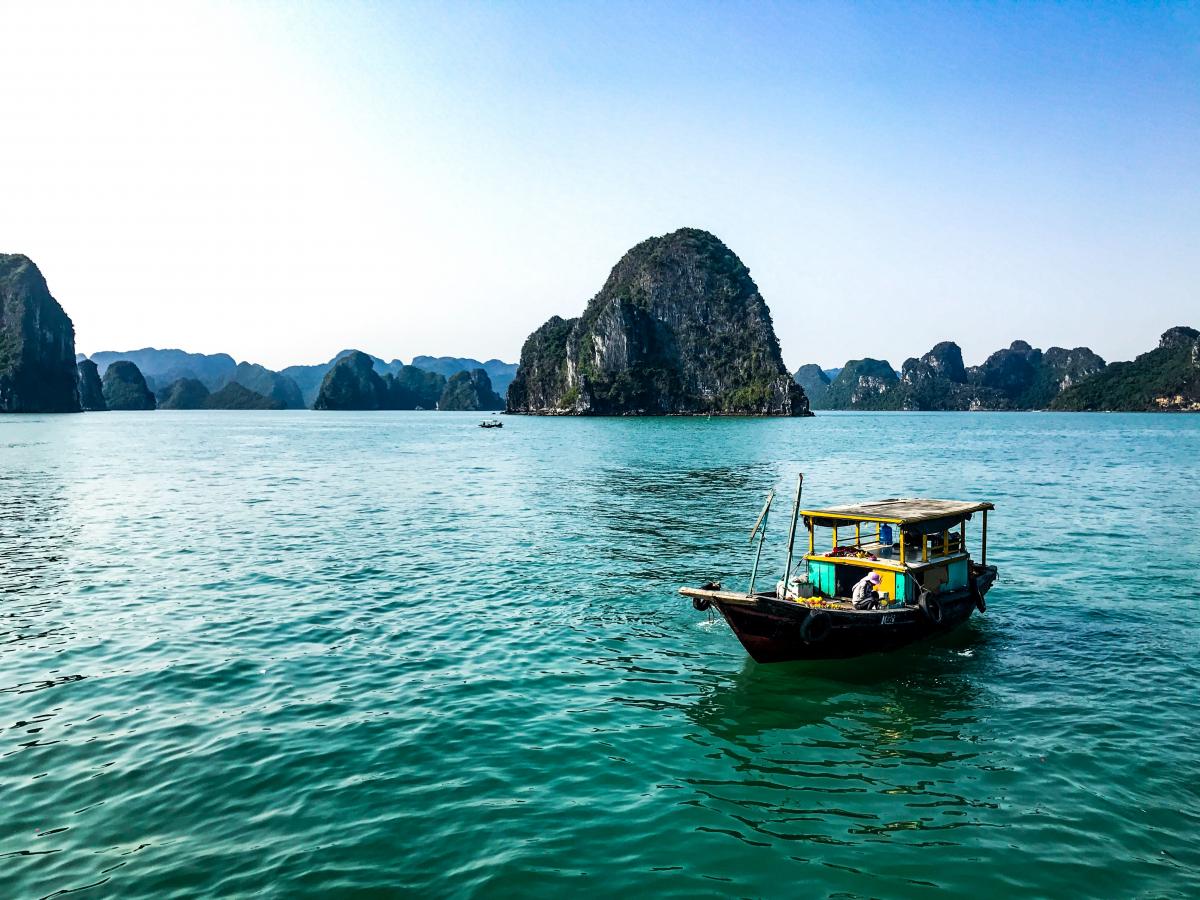 These threats to small-scale fisheries—coupled with their lack of political voice in many cases—could affect global food supplies. For these reasons, the partners on the new global study are particularly focused on the role of small-scale fisheries in helping to meet the first two of the 17 United Nations Sustainable Development Goals (SDGs): to end poverty and hunger.

This collaboration began in early 2017, when Xavier Basurto of Duke’s Marine Lab and Virdin organized a meeting of about 40 thought leaders on small-scale fisheries at Duke to discuss strengthening governance of small-scale fisheries. In attendance were four staff members from FAO.

“The meeting helped us connect to FAO and their efforts to explore the value of small-scale fisheries beyond just economics,” said Virdin. “We wanted to look at the social, economic, and environmental consequences of these fisheries and how they could contribute to the SDGs.”

That work began with the Workshop on Improving our Knowledge of Small-scale Fisheries: Data Needs and Methodologies, held at the FAO headquarters in Rome, Italy, in June 2017. The experts that gathered reiterated the message that policy makers often overlook the social, cultural, nutritional, and economic contributions of small-scale fishing communities.

Basurto, Virdin, David Mills of WorldFish, and Nicole Franz and Lena Westlund of the FAO, authored a meeting proceedings that provided background for a comprehensive new study to illuminate the hidden contributions of small-scale fisheries to sustainable development. They are now working with experts globally to create that major synthesis report, due out in 2020. It aims to revisit and build on the 2012 study The Hidden Harvests: The Global Contribution of Capture Fisheries by the FAO, the World Bank, and WorldFish—a first attempt to synthesize information on the diverse and under-reported livelihood and economic contributions of capture fisheries globally.

A Global Picture of Fisheries Could Support Sustainability Efforts

In May 2018, about 20 leading small-scale fisheries experts met in Seattle, Washington, to review the design of the 2020 synthesis report.

“Following the workshop, the team has been finalizing protocols and instructions for consultants and institutions to complete 50 or so high-priority country case studies that will form the core of project data,” said David Mills, who leads the WorldFish research cluster on Resilient Coastal Fisheries. 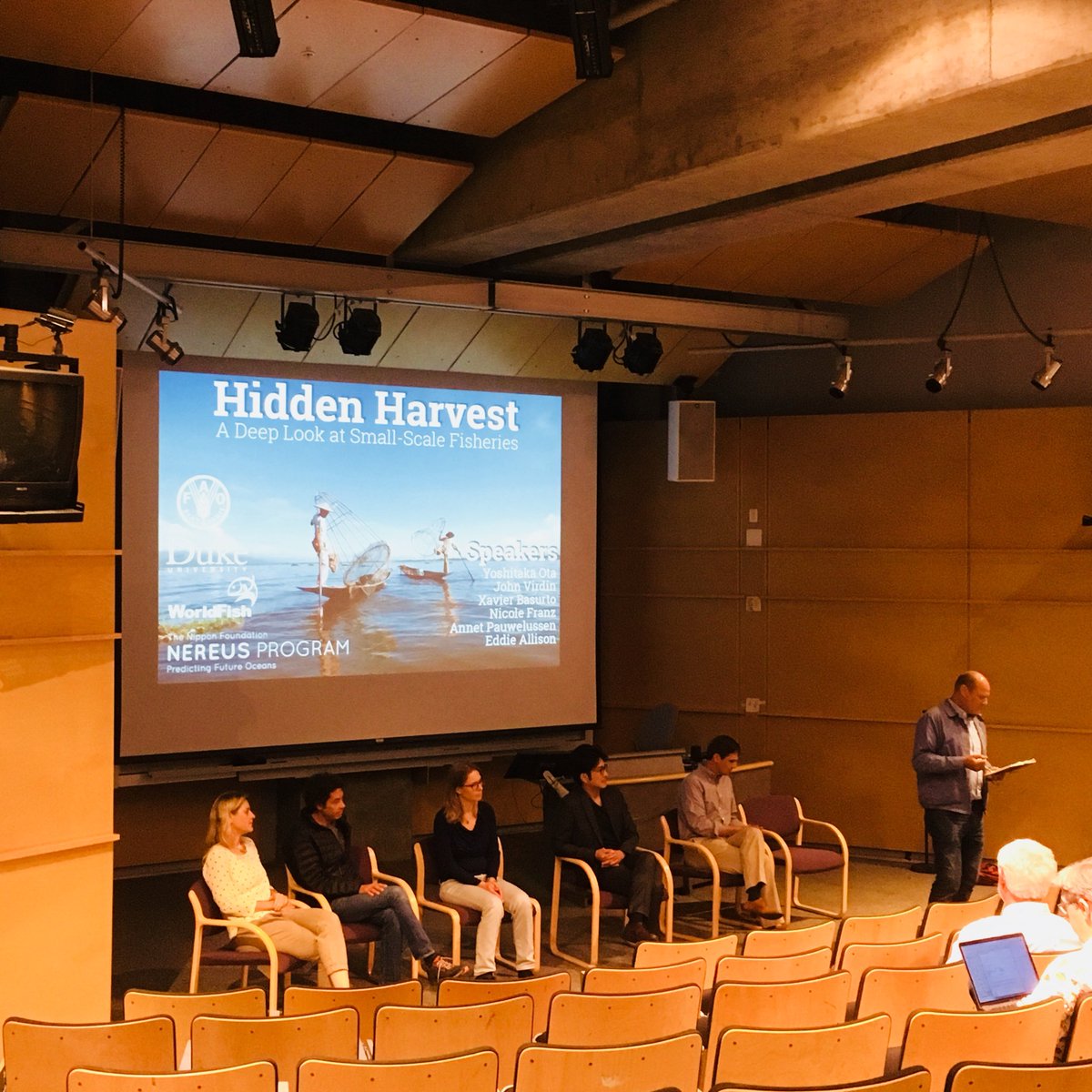 The effort will take advantage of improved availability of relevant national and global datasets on fisheries, demographics, employment, fish consumption, and nutrition to inform case studies and help paint a global picture of the state of small-scale fisheries and drivers of their change, Mills said. In addition to updating many indicators from the first FAO study in 2012, the new study seeks to synthesize social and nutrition benefits and to differentiate the flow of benefits from individual fishery sectors. The work will also produce methods to assess and monitor the sustainability of small-scale fisheries.

The final report won’t be made public until the U.N. Committee on Fisheries (COFI) meeting in July 2020, but the work is already getting attention.

Basurto presented the objectives of the upcoming report at a side event to the July 2018 COFI—a meeting of the world’s top fisheries officials. Released at COFI, The State of the World Fisheries and Aquaculture (SOFIA)—the bi-annual flagship publication of the FAO Fisheries and Aquaculture Department—included mention of the 2020 report, calling it “the most extensive compilation to date of information available on the diverse contributions of small-scale fisheries to communities and countries around the world.”

“By expanding understanding of the contributions small-scale fisheries make beyond the economic issues, we hope to grow the type of data traditionally collected by countries and reported in SOFIA,” said Basurto. “By doing so, we hope to provide a better picture of the complexities and challenges that make small-scale fisheries such a multi-faceted endeavor and to facilitate a level of comprehension and the imagination that leads to better management and governance schemes for these fisheries by managers, stakeholders and governments around the world.”

Work on this project is supported by the Oak Foundation, the Food and Agriculture Organization of the United Nations and the CGIAR Research Program on Fish in Agri-food Systems. Images Courtesy of Nippon Foundation Nereus Program, Shutterstock.com and Leon Wong.