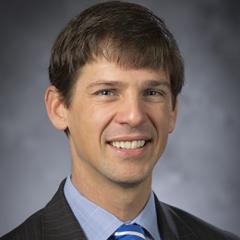 John Virdin has a total of over twenty years’ experience in studying and advising government policies to regulate human use of the oceans, particularly marine conservation policies to reduce poverty throughout the tropics. His focus has been largely on managing fisheries for food and livelihoods, expanding to broader ocean-based economic development policies, coastal adaptation and more recently reducing ocean plastic pollution. He directs the Oceans and Coastal Policy Program at the Nicholas Institute for Environmental Policy Solutions, aiming to connect Duke University’s science and ideas to help policy-makers solve ocean sustainability problems. He has collaborated in this effort with the United Nations Food and Agriculture Organization and the United Nations Environment Program, as well as regional organizations such as the Abidjan Convention secretariat, the Organization of Eastern Caribbean States, the Sub-Regional Fisheries Commission of West Africa and the Parties to the Nauru Agreement for tuna fisheries management in the Western Pacific. He co-created and teaches an introductory course for undergraduate students to understand the role of ocean policy in helping solve many of society’s most pressing development challenges on land. His work has been published in books, edited volumes and a number of professional journals, including Nature Ecology and Evolution, Ecosystem Services, Environment International, Fish and Fisheries and Marine Policy, as well as contributing to China Dialogue, the Conversation, the Economist Intelligence Unit and the Hill.

Prior to coming to Duke in early 2015, he worked for 12 years at the World Bank, helping the organization increase its funding for ocean conservation and fisheries management to more than $1 billion. His work led to the development of programs that provided more than $125 million in funding for improved fisheries management in six West African states and some $40 million for fisheries and ocean conservation in a number of Pacific Island states. He supported and acted as program manager for the World Bank’s Global Partnership for Oceans, a coalition of more than 150 governments, companies, non-governmental organizations, philanthropies and multilateral agencies from 2012 through 2014.

All of John's publications

Search for more from John Virdin →