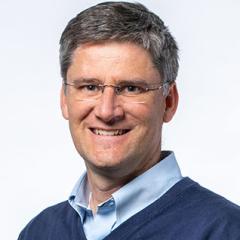 Martin Doyle is director of the Water Policy Program at the Nicholas Institute for Energy, Environment & Sustainability and a professor of river science and policy at Duke University’s Nicholas School of the Environment.

His research is at the interface of science, economics and policy of river management and restoration. His background is in hydraulics and sediment transport in rivers, but he also works on river infrastructure, including decommissioning dams and levees, as well as research on financing rehabilitation of aging hydropower dams and the impacts of infrastructure on river ecosystems across the United States. He holds a Ph.D. in earth science from Purdue University, and a master's degree in engineering from the University of Mississippi. His research has resulted in several awards including a Guggenheim Fellowship (2009), a National Science Foundation Early Career Award (2005), the Nystrom Award from the Association of American Geographers (2004), the Horton Grant from the American Geophysical Union (2001), and the Chorafas Prize from the Chorafas Foundation in Switzerland (2002). For his work in bridging environmental science and policy, in 2009 was named the inaugural Frederick J. Clarke Scholar by the U.S. Army Corps of Engineers. In 2008 Doyle was named an Aldo Leopold Leadership Fellow by Stanford University, and received a GlaxoSmithKline Faculty Fellowship for Public Policy from the Institute for Emerging Issues.

All of Martin's publications

Search for more from Martin Doyle →