On August 3, 2015, the U.S. Environmental Protection Agency (EPA) finalized carbon dioxide (CO2) emission guidelines for two categories of existing power plants under Section 111(d) of the Clean Air Act. The final rule, referred to as the Clean Power Plan, requires each state to develop its own plan that applies equivalent standards of performance to affected units. If a state fails to submit an adequate plan, the Clean Air Act authorizes the EPA to develop and implement a federal plan for the state.

Even in light of the U.S. Supreme Court’s stay of the Clean Power Plan, the Nicholas Institute continues to play a critical role supporting states and stakeholders as they navigate the resulting uncertainty.

This policy brief discusses load growth—rising electricity demand—in the context of CPP design choices and demonstrates that it may occur under either a rate-based or mass-based approach. Following a brief overview of the Clean Power Plan and state choices, including rate-based and mass-based performance standards, it summarizes recent trends in load growth and carbon dioxide emissions in the U.S. electricity sector, showing how electricity demand growth in the United States has been low for more than a decade while the carbon intensity of electricity generation has declined.

This policy brief summarizes the final Clean Power Plan rule, describes the mass- and rate-based proposed federal plans, identifies areas in which the model rules differ, highlights key issues for states and other stakeholders as they evaluate the tradeoffs among plan pathways, and discusses the EPA’s timeline for finalizing the federal plan and model rules.

This policy brief offers an overview of the substantive and procedural requirements for existing-source regulations and explains the regulatory timeline outlined by the president in June 2013. 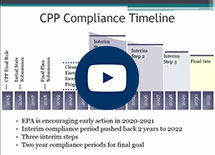 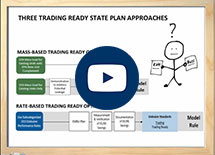 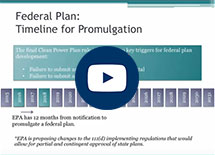 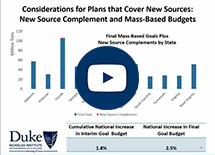 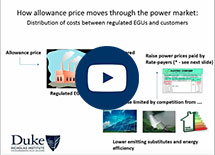 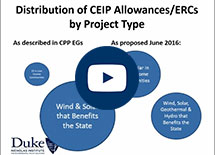 Preparing for CO2 Regulations for Existing Power Plants: Key Points to Look for in the Final Clean Power Plan Rule
This policy brief identifies the key elements in the final rule that could affect state implementation choices. These elements include changes in final state emissions targets, treatment of natural gas combined cycle units and under-construction nuclear units, rules and flexibility regarding rate-to-mass conversion, submission deadlines for state plans, and guidance regarding multi-state trading.

How Will U.S. States Shape Up to Obama's Clean Power Plan?
Environmental Economics Program director Brian Murray writes in Carbon Pulse that the final Clean Power Plan widened the door for emissions trading with five changes. But until states choose the form of compliance (rate- or mass-based) and decide whether to adopt market-ready common elements for trading across states, it will be difficult to determine the scale and scope of carbon markets. 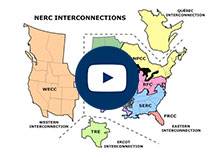 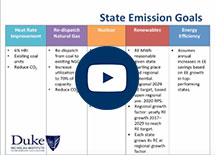 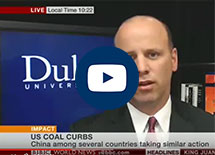 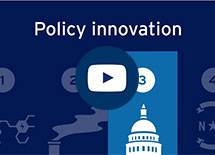 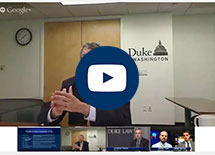 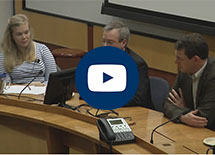 The Clean Air Act & Existing Power Plants: What Will Compliance Mean This Summer?

Economic Modeling of Impacts on States

Assessing Impacts of the Clean Power Plan on Southeast States
This working paper examines how southeastern states can use the policy flexibility under the U.S. Environmental Protection Agency's proposed Clean Power Plan to choose the best and most cost-effective means of meeting their emissions goals. 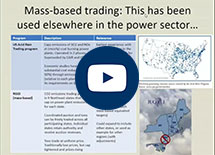 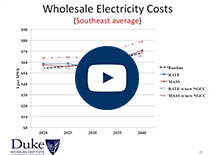 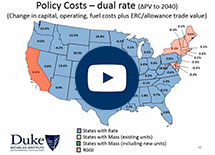 Effects of Market Conditions and the Clean Power Plan on States

Experts, state officials, and stakeholders from across the Eastern Interconnect came together for a one-day workshop exploring recent modeling analyses that provide new insights into trends in the electricity sector. The event explored what these trends mean for state energy and environmental policy choices. Experts presented their findings and stakeholders had an opportunity to reflect on those insights. 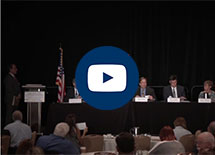 Power Sector Trends in the Eastern Interconnect, Morning Keynote and Panel I 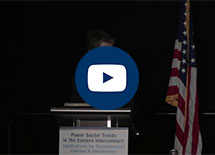 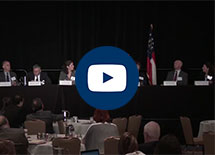