Coalition Stability in PJM: Exploring the Consequences of State Defection from the Wholesale Market 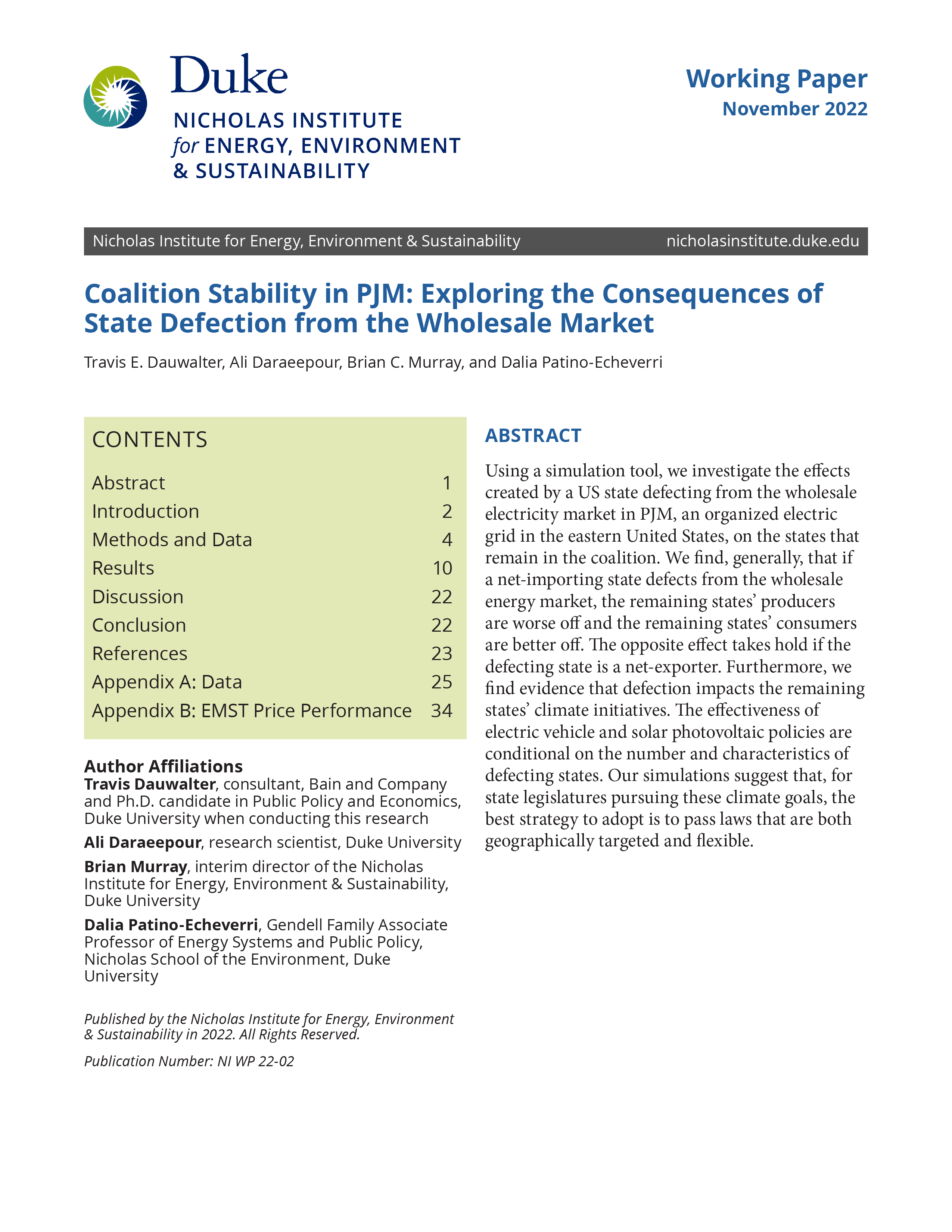 Using a simulation tool, the authors investigate the effects created by a US state defecting from the wholesale electricity market in PJM, an organized electric grid in the eastern United States, on the states that remain in the coalition. The report finds, generally, that if a net-importing state defects from the wholesale energy market, the remaining states’ producers are worse off and the remaining states’ consumers are better off. The opposite effect takes hold if the defecting state is a net-exporter. Furthermore, the authors find evidence that defection impacts the remaining states’ climate initiatives. The effectiveness of electric vehicle and solar photovoltaic policies are conditional on the number and characteristics of defecting states. The simulations suggest that, for state legislatures pursuing these climate goals, the best strategy to adopt is to pass laws that are both geographically targeted and flexible.